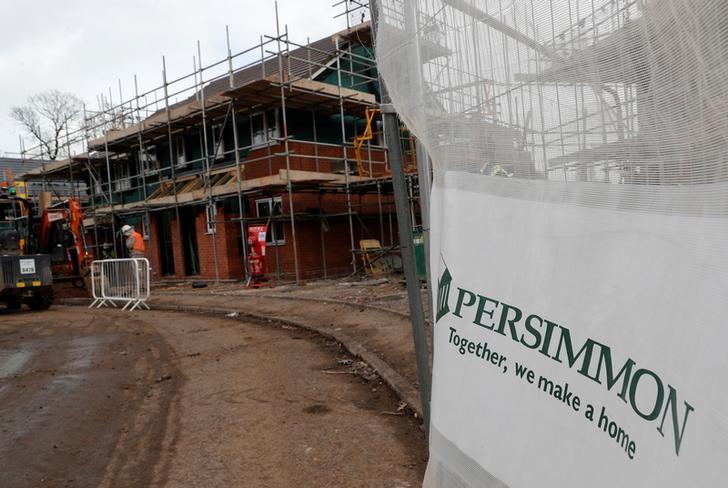 (Reuters) – British housebuilder Persimmon (PSN.L) has scaled back potential rewards under its management bonus plan following widespread criticism of a scheme that could have netted bosses more than 200 million pounds from share options.

The company’s chairman and the head of its pay committee quit last year, under fire from British media and some investors for failing to reform the scheme.

Excessive corporate pay has attracted public anger since the financial crisis and Prime Minister Theresa May has denounced as irrational and unhealthy the yawning gap between the amounts paid to bosses and average workers.

Persimmon, Britain’s second-biggest housebuilder, introduced a long-term incentive plan in 2012 that gave share options to management which they are able to sell once the company has returned a set level of cash and dividends to investors.

The company said on Friday it had made changes to the 2012 plan’s entitlements for chief executive Jeff Fairburn, finance chief Mike Killoran and managing director Dave Jenkinson.

It said they would get a reduced number of shares and the date at which they could sell some of the stock had been pushed out. All three executives had also agreed to cap the value of any future exercise of the remaining entitlement to a maximum value equal to 29 pounds per share, it added.

“It is clear that the absence of a cap … has given rise to the potential for pay-outs which, when triggered in full, will be significantly larger and paid earlier than might reasonably have been expected at the time the scheme was originally put to shareholders,” Persimmon said.

“Even after this reduction, in our view the scale of the remuneration on offer under this plan is still extremely generous given the government’s support for the sector through the ‘Help To Buy’ scheme,” Ashley Hamilton Claxton, head of responsible investment at Royal London Asset Management, said in an email.

“We hope the company and shareholders can now draw a line under this issue, allowing management to devote their focus solely to the running of the company,” he added.

Fairburn said last week he would set up a charitable trust after criticism of the plan that could have seen him receive share options worth over 100 million pounds.