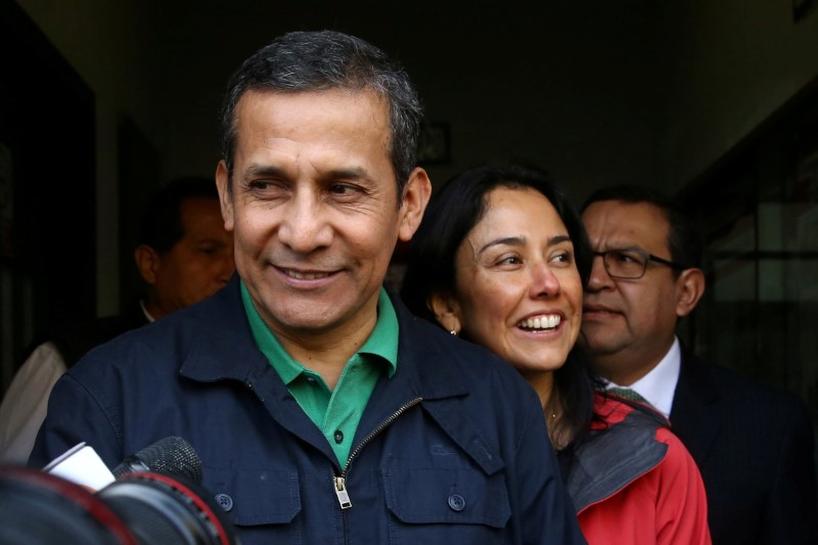 LIMA (Reuters) – A Peruvian appeals court ruled on Friday that the country’s former left-leaning President Ollanta Humala and his wife must remain in pre-trial detention for up to 18 months while prosecutors prepare money-laundering charges against them.

Humala, who was president a little more than a year ago, and former first lady Nadine Heredia are accused of taking illegally obtained campaign donations from Brazilian builder Odebrecht in 2011 and from late Venezuelan President Hugo Chavez in 2006 that prosecutors said were used for personal enrichment.

The couple has denied the accusations and said a lower court’s July 13 ruling that ordered their pre-trial detention violated due process.

Lawyers for Humala and Heredia did not immediately respond to requests for comment but they are expected to take the case to the Supreme Court.

The appeals court’s 3-0 vote against the couple’s request to be freed from jail was the latest blow to the left in Latin America as a graft scandal that started in Brazil involving Odebrecht ripples across the region.

Humala had campaigned as an ally of Chavez during his unsuccessful presidential bid in 2006 before winning the 2011 election as a more moderate leftist in the style of neighboring Brazil’s former president, Luiz Inacio Lula da Silva, who has been found guilty of corruption in one of six trials in Brazil but remains free on appeal.

Critics of Humala and Heredia’s pre-trial detention have cried foul because Odebrecht also mentioned the company had funded the main presidential candidates in the 2011 election.

Keiko Fujimori, who Humala defeated in a run-off in 2011 and now heads a right-wing party that now dominates Congress, has denied that she or her party took funds from Odebrecht.

Current President Pedro Pablo Kuczynski, who beat expectations by placing third in a first-round vote in 2011, has also said he never took money from Odebrecht.

Attorney General Pablo Sanchez has denied any political bias in his office and said criminal investigations are opened based on available evidence.

The finances of the Peruvian Nationalist Party that Humala and Heredia co-founded in 2005 have been probed for nearly three years.