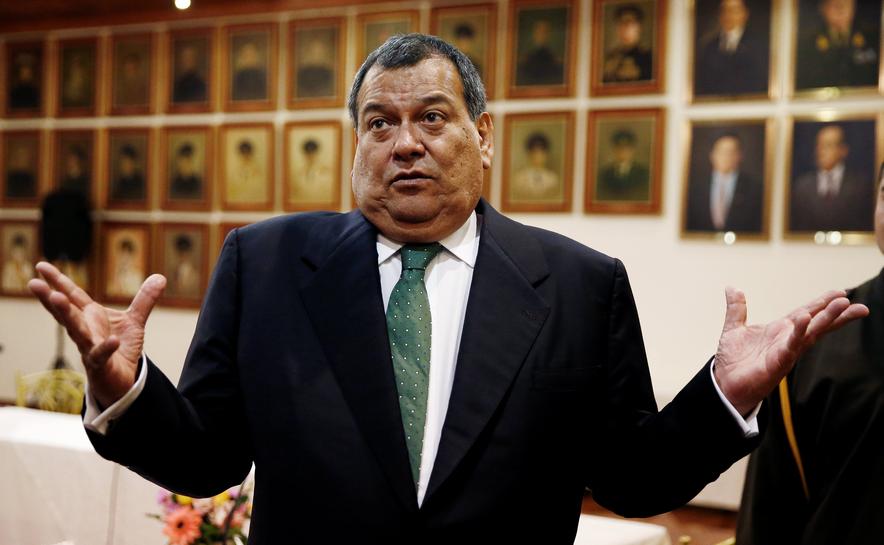 LIMA (Reuters) – A new cocaine-producing hotspot is taking root in Peru near its border with Colombia and Brazil, and local authorities worry that dissident FARC guerillas may join forces with drug traffickers there, Peru’s defense minister said Thursday.

Coca growing and cocaine production is expanding in the triple border region mainly because Peru stepped up efforts to crack down on drug-traffickers in the Vraem, a bundle of jungle valleys where more than half of Peruvian cocaine is now made, said Defense Minister Jorge Nieto.

“If we’re successful in one place, they go elsewhere,” Nieto told a news conference with foreign media, lamenting what he called the “cockroach effect.”

Peru and Colombia are the world’s top two cocaine producers and coca growing in the Colombia-Brazil border region has tripled to about 20,000 hectares (49,000 acres) in recent years, according to a report this year by Peru’s drug agency Devida.

“We have a very complicated situation there,” Nieto said.

Cocaine production in the region is not yet on the scale of the Vraem, Nieto said, but Peru worries that fighters with the Marxist Revolutionary Armed Forces of Colombia (FARC) who have refused to turn in their weapons may venture into the growing drug trade there.

Peru’s Defense Minister Jorge Nieto talks to the media during a news conference at the Defense Ministry in Lima, Peru, August 17, 2017.Mariana Bazo

Nearly 7,000 FARC rebels have demobilized as part of a peace deal with Colombia’s government. But some units have refused to lay down their arms and are expected to remain involved in illegal activities.

“These are people who were trained to use weapons and have been doing so for 20-30 years. It’s a way of life, and that’s why we’re worried,” said Nieto. “We have to strengthen our mechanisms on that border.”

Peru has struggled with its own dissident band of rebels, which refused to heed the Maoist-inspired Shining Path’s order to down arms in the 1990s and now helps drug traffickers control the Vraem.

Nieto declined to estimate how many dissident Shining Path fighters operate in the Vraem. The previous government put their numbers at between 200 and 500 in 2014.

Nearly 10,000 military officers in the Vraem are seeking to wrest control of the region from rebels and drug traffickers, said Nieto.

Nieto said Peru is also evaluating restoring civil liberties in eight out of 46 districts in the Vraem where a state of emergency has been in force for years. But residents who fear an end to emergency funding have opposed the move.