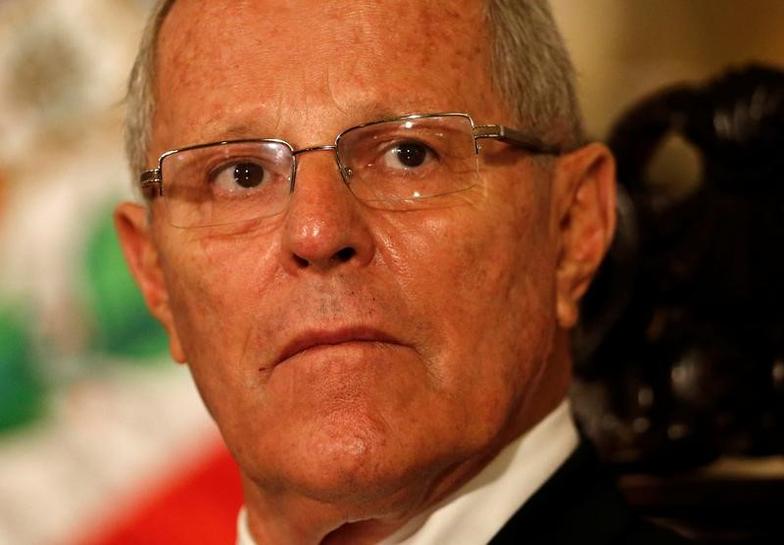 LIMA (Reuters) – Peruvian President Pedro Pablo Kuczynski and the leader of the powerful opposition party that controls Congress expressed optimism that they can work together after holding a rare, two-hour meeting on Tuesday aimed at easing political hostilities.

Speaking to reporters side-by-side outside of the presidential palace in Lima, centrist Kuczynski and rightwing Keiko Fujimori agreed that political dialogue is needed to jumpstart the country’s faltering economic growth.

Fujimori proposed the meeting last week after Congress forced Kuczynski’s finance minister to resign – the third of Kuczynski’s ministers to step down due to pressures from her party.

“I walk away from this with optimistic that the executive can take actions that all Peruvians are waiting for,” Fujimori told journalists after listing her concerns about the economy and corruption that she said she discussed with Kuczynski.

Kuczynski described the meeting as positive and said it would bear fruit “in the not-too-distant future.”

However, no pact or concrete plans for new reforms that would be backed by both political leaders were announced.

The tone of their remarks was similar to those following a meeting December after Congress ousted Kuczynski’s education minister – raising questions about how lasting the renewed gesture of political cooperation might be.

Amid rising political tensions with Congress last month, Kuczynski proposed evaluating a potential pardon for Fujimori’s imprisoned father, ex-president Alberto Fujimori – an announcement that has been widely viewed as a bid to placate Fujimori’s party.

Kuczynski, a 78-year-old former Wall Street banker, took office a year ago after scraping together a razor-thin victory against Fujimori in a run-off election. But he will need the support of Fujimori’s party, which holds a majority in Congress, to govern effectively in the remaining four years of his term.

Kuczynski said he and Fujimori “spoke a lot about the economy” that has slowed sharply following a graft scandal involving Brazilian builder Odebrecht and severe flooding earlier this year.