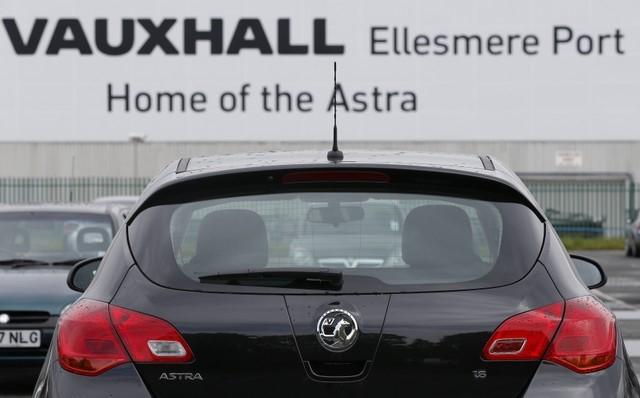 LONDON (Reuters) – Peugeot-maker PSA will cut a further 250 jobs at its Vauxhall car plant in the north of England, reducing the workforce by a third as part of efforts to make the plant more efficient by reducing its output to one shift.

The French group said in October that it would cut about 400 jobs out of 1,900 people at the Ellesmere Port site by the end of 2017 to improve the plant’s competitiveness.

On Monday the company said it told representatives of the Unite trade union last week that it now needed to go further.

Vauxhall said the initial voluntary redundancy programme announced in October had been successful but that it needs to initiate a further voluntary programme for 250 more employees.

“The teams are conscious of the need to accelerate the recovery of plant productivity to meet the challenges ahead,” its statement said.

Vauxhall, the British arm of the Opel brand sold on the continent, said it will move to a single production shift at the site in April.

In December Opel said that management and staff representatives had reached an agreement that includes shorter hours for its workers.

Vauxhall mainly builds the Astra Sports Tourer family estate model at Ellesmere Port and Peugeot is due to decide as soon as this year whether to renew production – a decision seen as a key test of Britain’s ability to attract investment as it leaves the European Union.

A Unite representative at Ellesmere port cited falling demand for the cars built at the plant as a key problem.

“We’re building the wrong car,” John Cooper told Reuters. “One car is no good to a car plant any more. It’s got to be at least two models.”

Should I worry if my helper is doing outside work?
South Korea reports more than 500 new COVID-19 cases, highest since March
Thai protesters target would-be coup makers as rumours swirl
COVID-19 tests to be offered to workers at key delivery centres, logistics delivery firms: MOH
China to force firms to report use of plastic in new recycling push