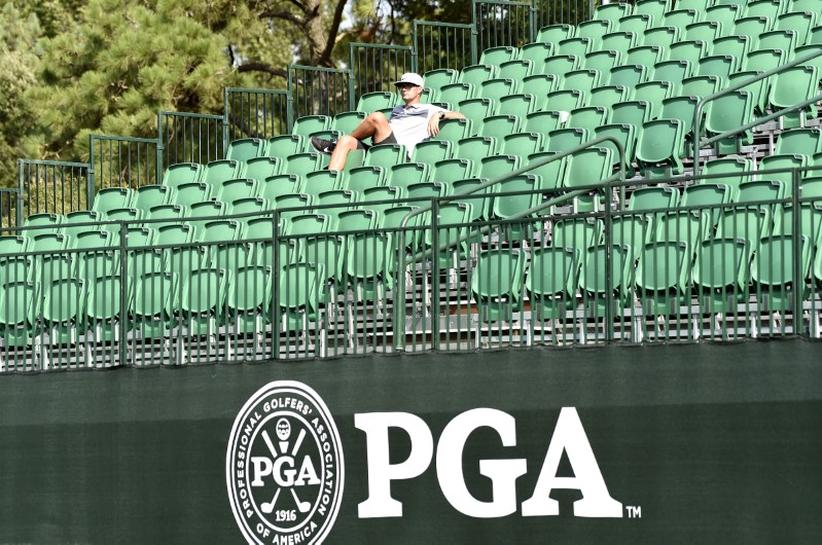 CHARLOTTE, North Carolina (Reuters) – A much anticipated shift of the major golf calendar that would move the PGA Championship from its August slot to May is a done deal according to media reports but PGA officials were staying mum on the subject on Monday.

“We have no comment on that,” a PGA of America spokesman told Reuters at Quail Hollow, site of the PGA Championship starting on Thursday. “We won’t have anything to say on that before our news conference on Tuesday.”

Pete Bevacqua, CEO of the PGA of America, and PGA Tour Commissioner Jay Monahan will meet with reporters on Tuesday in an addition to the interview room schedule announced on Monday.

The Associated Press reported on Monday that two officials involved in the discussions, speaking on condition of anonymity, said the PGA of America and PGA Tour will discuss details of the 2019 move as early as Tuesday at Quail Hollow.

Under a proposed revised schedule, The Players Championship would move back to March, with the U.S. Masters leading off the series of majors in April followed by the PGA in May, the U.S. Open in June and the British Open in July.

Last month, on the eve of the British Open at Royal Birkdale, R&A CEO Martin Slumbers told reporters it made no difference to him if the British Open remained the third major of the year or became the fourth and last.

“I don’t think the final decision has been taken yet on that,” Slumbers said at the time. “I think from our perspective I don’t really mind whether we’re the third major or the fourth major. We try to do our very best with The Open Championship to make it as good as we possibly can do.

“I can absolutely understand some of the logic, and if it ends up as resulting in more people watching our game, then that’s a great outcome.”

Prior to last week’s World Golf Championship-Bridgestone Invitational, Sean McManus, Chairman of CBS Sports, said in a conference call that such a shift in the golf calendar would be welcomed by the U.S. TV networks.

McManus said it would complete the major golf season, including the FedExCup playoffs, before the start of the NFL.

The move could also ease scheduling conflicts around the Olympics, now that golf has joined the Games program.

Commentary: It’s too early to slow down the Chinese economy
Commentary: It will be a waste if parents don’t keep flexible work arrangements
Commentary: Getting kids ready for primary school has to start even before they attend pre-school
Singapore’s exports rise at faster pace of 12.1% in March
Rights Attorney Formally Arrested For ‘Subversion’ in China’s Shaanxi: Wife