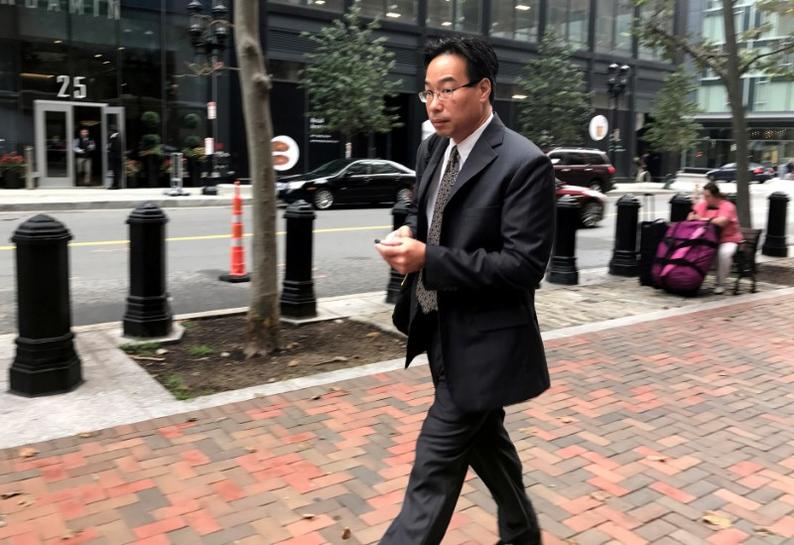 BOSTON (Reuters) – A Massachusetts pharmacist was convicted of racketeering and fraud charges but was cleared of murder on Wednesday for his role in a 2012 fungal meningitis outbreak that killed 76 people and sickened hundreds more across the United States.

Jurors found that federal prosecutors in Boston failed to prove Glenn Chin, 49, committed second-degree murder in connection with the deaths of 25 people who were injected with mold-tainted steroids produced at the now-defunct New England Compounding Center.

The federal jury instead found Chin guilty on racketeering, conspiracy and mail fraud charges stemming from his role as the pharmacist who supervised the so-called clean rooms in which NECC’s drugs were made.

The verdict came after a separate jury in March found Barry Cadden, NECC’s co-founder and former president, guilty of racketeering and fraud but similarly cleared him of murder. Cadden, 50, was sentenced in June to nine years in prison.

“No matter what these prosecutors tell you, this was never a murder case, ever, ever, ever,” said Stephen Weymouth, Chin’s lawyer.

He called the verdict a victory, noting that a murder conviction would have exposed Chin to a maximum prison sentence of life. Weymouth said he now expected Chin to receive a prison term no longer than Cadden’s when he is sentenced Jan. 30.

Prosecutors say that 778 people nationwide were sickened after being injected with contaminated steroids produced in unsanitary conditions at Framingham, Massachusetts-based NECC.

The outbreak led Congress in 2013 to pass a law that aimed to clarify the U.S. Food and Drug Administration’s ability to oversee large compounding pharmacies that make custom drugs.

Prosecutors said Chin directed staff in NECC’s clean rooms to skip cleaning despite the presence of insects, mice and mold.

They claimed Chin disregarded the probability that people could die if he failed to ensure drugs were produced in sanitary conditions and were properly sterilized in order to keep up with demand from hospitals nationally for its medicines.

His lawyers countered that Chin never meant for anyone to die. They said blame instead rested with Cadden, who made all of the decisions at NECC and trained Chin on how to produce drugs in the ways that prosecutors contend were unsafe.

Lesser charges were filed against 12 other people associated with NECC. Three have pleaded guilty. A federal judge dismissed charges against two defendants in 2016. Charges remain pending against the rest.

Reporting by Nate Raymond in Boston; Editing by Andrew Hay