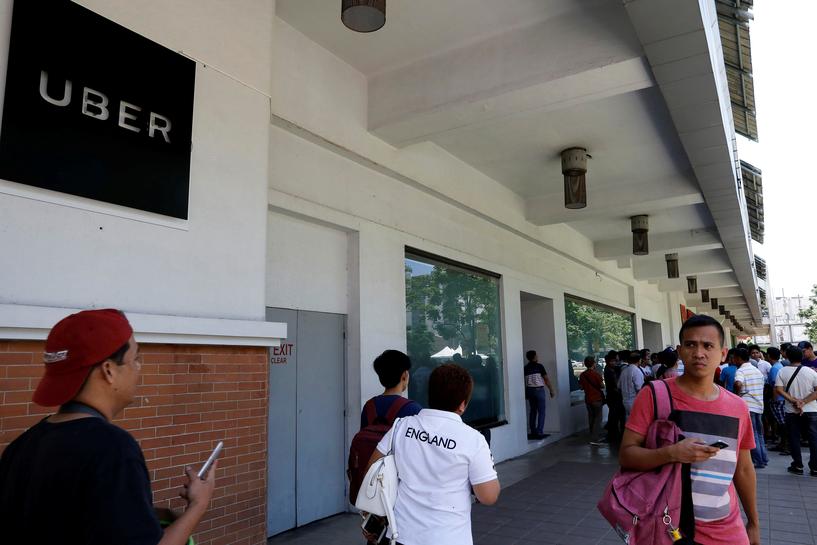 MANILA (Reuters) – The Philippine transport regulator said on Friday it would lift a one-month suspension on Uber Technologies Inc [UBER.UL] if it paid a penalty of 190 million pesos ($3.7 million), a fine nearly 20 times greater than Uber had offered to pay.

The Land Transportation Franchising and Regulatory Board, or LTFRB, said Uber also needed to collectively pay its drivers nearly 20 million pesos daily as financial assistance during the suspension period.

“We’re working hard to meet the conditions for the lifting of the suspension and hope to resume operations as soon as possible,” Uber said in a statement.

The regulator halted Uber’s operations for a month from Aug. 14 for disregarding a directive to stop accepting new driver applications.

Uber, which said it did not process those applications, later told the LTFRB it could pay a fine of 10 million pesos to get the suspension lifted.

The Uber freeze has attracted public attention because many Philippine commuters regard the ride hailing app as more reliable and competitive than mainstream transport services.

The LTFRB said the penalty was calculated by “taking into consideration the number of days that (Uber) should be suspended in relation to the daily average income.”

Citing data submitted by Uber, the LTFRB said it had daily income of up to 10 million pesos from at least 150,000 trips. The fine took into account the remaining suspension period of 19 days, said LTFRB board member Aileen Lizada.

“The lifting of suspension will depend on the payment of fine and remittance of financial assistance,” Lizada told reporters in a text message.

The dispute with the Philippine regulator is the latest setback this year to Uber, a firm valued at more than $60 billion.

Its Philippines suspension caused a spike in demand for rival Grab, and long queues near offices and malls and some disgruntlement about reverting to using regular taxis.

Senator Grace Poe, a prominent advocate for improving transport services, tried to bring Uber and LTFRB officials together to work out a compromise. An executive of Uber apologized for its “misunderstanding”.

Poe on Friday said the hefty fine should “make Uber rethink its actions and re-evaluate its strategy in testing the extent of government regulations.”

The LTFRB last year suspended applications for ride-share operators, to work out how best to regulate the industry. It said Uber was “irresponsible” for challenging that order.