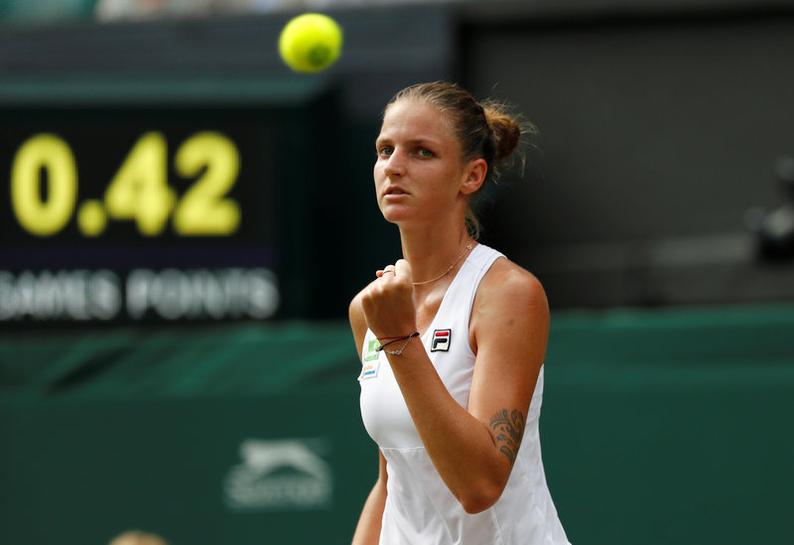 LONDON Czech Karolina Pliskova rose to the top of the WTA rankings without striking a ball on Tuesday as results at Wimbledon saw her overhaul Germany’s Angelique Kerber.

By a quirk of the points-based ranking system the 25-year-old rose to the summit — the 23rd player to do so — thanks to Simona Halep’s quarter-final loss to Johanna Konta.

Bizarrely Pliskova, seeded three at Wimbledon, lost in the second round to Magdalena Rybarikova but her consistent results this year, including reaching the French Open semi-finals, means she will be number one when the rankings are updated on Monday.

“Although right now I am not celebrating a victory on the court, I have become the world number one. And this really means a lot to me. Actually, I can’t even realize what I have achieved,” Pliskova wrote in a post on Instagram.

Despite never having won a grand slam tournament, the Monte-Carlo based player becomes the first Czech to be number one since the rankings were introduced in 1975.

Czech-born Martina Navratilova, who won 18 singles majors, became number one in 1978 but was representing the U.S. by then.

“Karolina is an exemplary athlete on and off the court and she truly deserves this fantastic moment in her career,” WTA CEO and chairman Steve Simon said in a statement.

Pliskova has won three titles this year, in Brisbane, Doha and the Wimbledon warm-up event at Eastbourne.

Kerber, who spent a total of 34 weeks as world number one, needed to reach the Wimbledon final to have a chance of hanging on to the top spot, but was beaten by Span’s Garbine Muguruza in the last 16 on Monday.

For Halep it is a case of try and try again.

She would have become number one had she beaten Jelena Ostapenko in the French Open final and faltered again against Konta on Tuesday after coming within two points of victory.