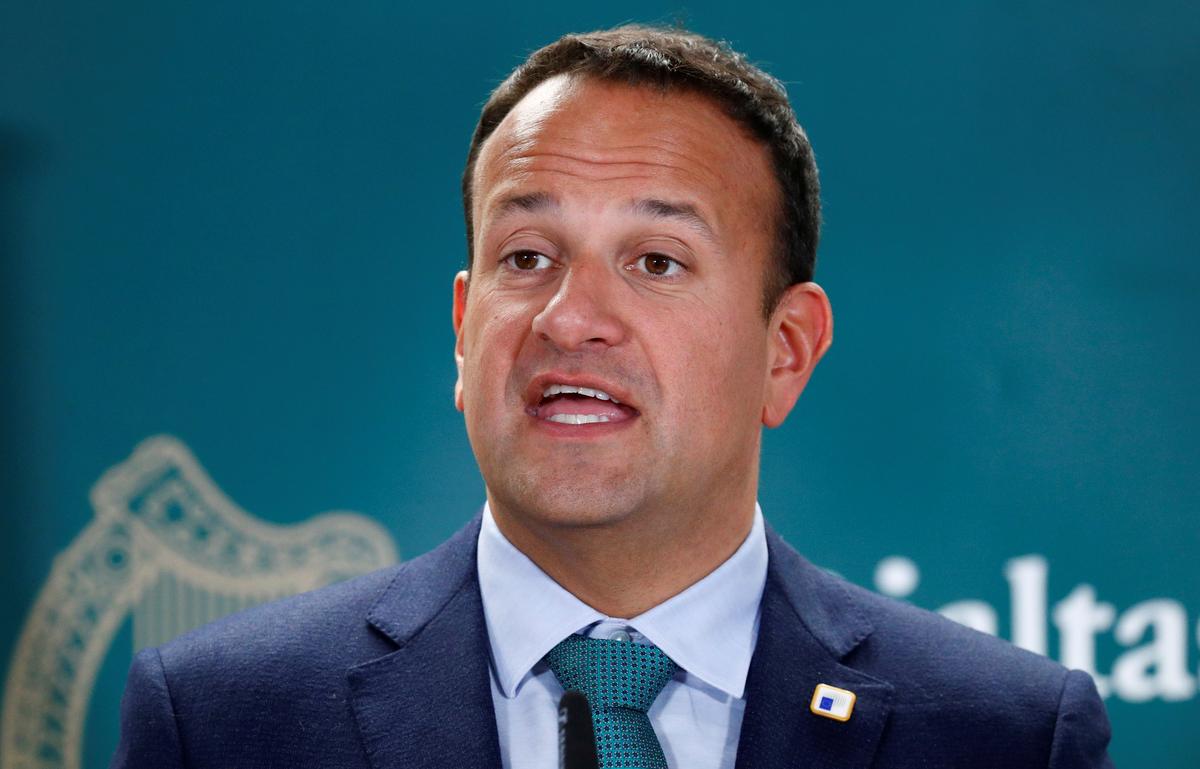 GARRYVOE, Ireland (Reuters) – The gap between Britain and the European Union over Brexit remains “very wide”, Irish Prime Minister Leo Varadkar said on Friday, as British leader Boris Johnson prepared to make a renewed push to reach an exit deal with the bloc.

Johnson will hold his first meeting with European Commission President Jean-Claude Juncker on Monday but signs of a breakthrough remained distant with his government’s Northern Irish allies pouring cold water on suggestions the contentious border “backstop” could be reworked.

With Johnson vowing to take Britain out of the EU on Oct. 31 with or without a deal, the EU has focused in recent days on whether the main disagreement – over plans to guarantee the border in Ireland remains open – can be bridged.

Johnson says the border backstop must be replaced to reach any deal. The EU says any replacement must have the same effect, and so far London has offered no proposals that are good enough.

“We always said we are willing to explore alternative arrangements … But so far I think it is fair to say that what we are seeing falls very far short of what we need,” Varadkar told Ireland’s RTE radio in an interview.

Johnson’s office said he would hold talks with Juncker in Luxembourg on Monday as he continued his efforts to reach an agreement to smooth Britain’s EU departure.

Incoming EU trade commissioner Phil Hogan on Friday said he saw “some cause for optimism” about a breakthrough in negotiations, Irish broadcaster RTE reported.

But Northern Ireland’s largest political party, whose 10 members of parliament support Johnson’s minority government, suggested a deal was not close, saying it would not let the British region be forced to accept EU regulations after Brexit.

Britain’s Times newspaper reported that the DUP had agreed to accept Northern Ireland abiding by some European Union rules after Brexit as part of a deal to replace the Irish backstop. But Democratic Unionist Party Brexit spokesman Sammy Wilson rejected the report as “nonsense”.

“We will not accept a Northern Ireland-only backstop… It won’t be a backstop by any other name either. We will not be accepting separate arrangements that cut us off from UK,” Wilson told BBC Radio Ulster.

He suggested that the Northern Ireland assembly would require an effective veto of any EU regulations, only approving measures “if we believe it is to the advantage of industry in Northern Ireland,” something the EU and Ireland have repeatedly rejected.

DUP leader Arlene Foster also rejected the Times story in a tweet, saying the “UK must leave as one nation”.

“We are keen to see a sensible deal but not one that divides the internal market of the UK,” Foster said.

Johnson’s government lost its working majority in parliament last week after expulsions and defections from his Conservatives, which means the DUP no longer holds the balance of power in parliament. But its votes could still prove crucial as Johnson tries to convince Brussels that he can secure parliamentary approval for any deal.