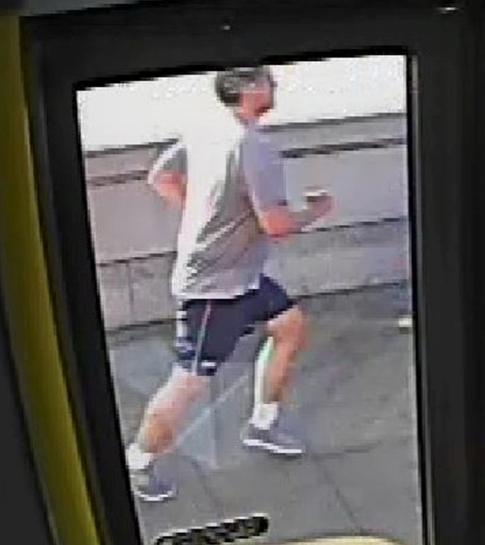 LONDON (Reuters) – British police on Thursday said they had arrested a 50-year-old jogger on suspicion of knocking a woman into the path of a bus on a busy west London street earlier this year.

Closed circuit TV footage showed a male jogger knocking a 33-year-old woman head-first into the path of the bus, which narrowly managed to swerve out of her way.

“Police investigating an assault after a jogger appeared to push a woman into the path of an oncoming bus in Putney have made an arrest,” London police said in a statement.

“The man arrested for grievous bodily harm … has been released under investigation pending further enquiries.”

The man was arrested at a residential address in the nearby Chelsea area, police said. The victim received minor injuries from the incident.

The arrest came after a public appeal for help in tracing the jogger. Although the incident happened in May, police said they had received a “good response” from the appeal, and said they were still looking for witnesses.

Commentary: Just how much do China’s Belt and Road projects benefit recipient countries?
Compulsory 14-day quarantine for PCA travellers entering Malaysia from Singapore
Singapore’s next Prime Minister must be someone who can bring the team together, says PM Lee
This is what happens if you eat too much fried chicken
National Security Adviser: Filipinos Exempt From Beijing’s Fishing Ban