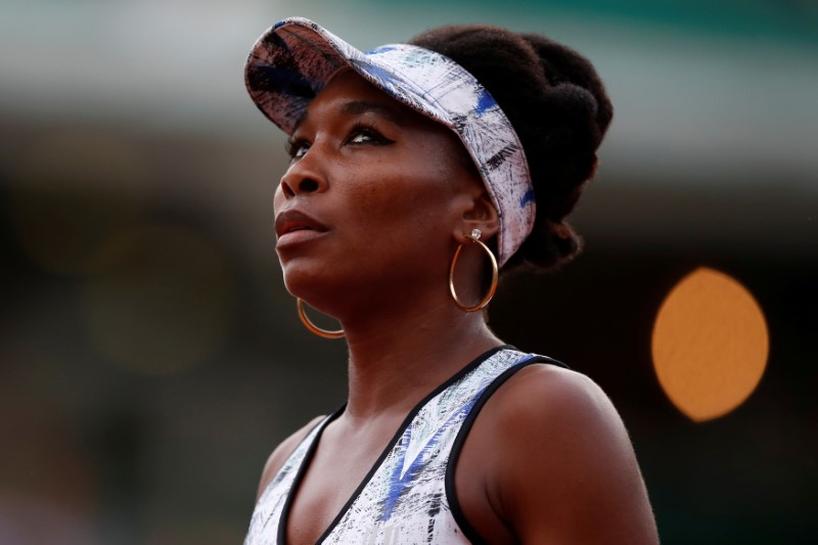 Venus Williams, the world’s former top-ranked tennis player, was the driver at fault in a two-car crash in Florida on June 9 that killed a passenger in the other vehicle, according to the initial police report on the incident released on Thursday.

News of the fatal wreck near Williams’ home in Palm Beach Gardens surfaced in media accounts on Thursday, days before the 37-year-old athlete was planning to compete at Wimbledon, which begins in England next week.

An accident report filed by the investigating police officer, given to Reuters by the city clerk’s office, said Williams was to blame for failing to yield the right of way to another motorist at a four-way intersection.

The report said the other driver, Linda Barson, 68, had just entered the intersection on a green light when she reported seeing Williams’ sport utility vehicle “cut across in front” of her and “was unable to avoid crashing into” Williams.

Another motorist who saw the accident also told police Barson had a green light when Williams crossed in front of her.

According to the report, Williams told police she drove into the intersection after exiting from another street on a green light, but stopped at the median break to wait for cross-traffic to clear, then proceeded without seeing Barson.

“The driver of (Williams’ car) is at fault for violating the right of way of”, the investigating officer concluded.

Barson’s passenger, identified in the report as Jerome Barson, 78, was taken to a Florida trauma center. He died 13 days later, according to the Palm Beach county medical examiner.

The police report estimated Williams was traveling at about 5 miles per hour (8 kph) at the time of impact and was not distracted or suspected of any drug or alcohol use.

Williams’s attorney, Malcolm Cunningham, did not directly address the accident report’s finding that his client was at fault, but said the tennis star was not issued “any citations or traffic violations.”

He expressed condolences to the man’s family and said he had no reason to believe the accident would affect Williams’ plans to play at Wimbledon. There was no indication in the report that she was injured.

“This is an unfortunate accident, and Venus expresses her deepest condolences to the family who lost a loved one,” Cunningham said.

An attorney for the Barson family did not return a call seeking comment.

Williams is currently ranked 11th in the world and seeded 10th at the Wimbledon tournament, which she has won five times.