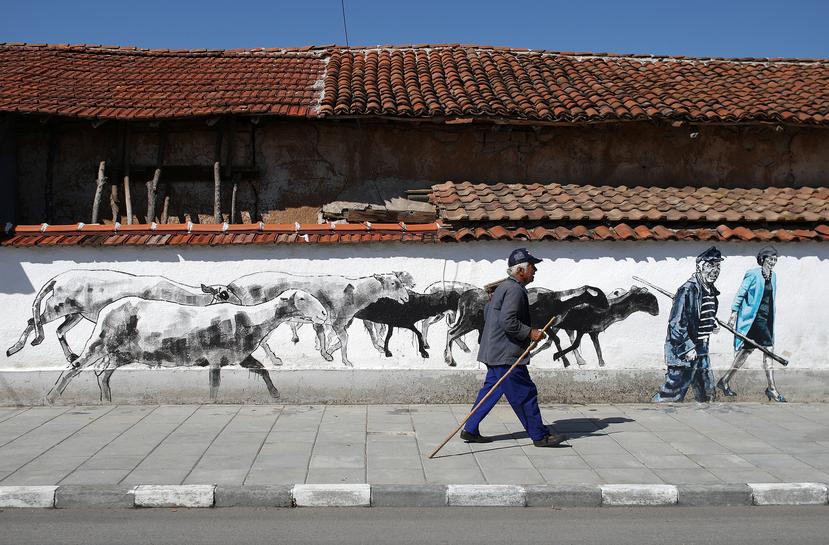 STARO ZHELEZARE, Bulgaria (Reuters) – A group of young Polish artists are bringing a splash of colorful street art to a sleepy village in southern Bulgaria with large outdoor murals, featuring locals alongside some of the world’s famous politicians and celebrities.

“The idea is to show that every individual has their own style and it is not important if you are famous or not,” said Katarzyna Piriankov, who began painting in Staro Zhelezare with her Bulgarian-born husband Ventzislav a few years ago in the hope of breathing new life into the village.

“An old lady from Staro Zhelezare could say something important, just like Barack Obama or Donald Trump.”

Locals, who happily posed for murals, hope the paintings may lure tourists as well as trigger a much-needed economic revival in the village, where the population shrank five fold to less than 500 following the fall of communism in Bulgaria in 1989.

Staro Zhelezare is just a stone’s throw from the largest Thracian temple unearthed to date in the Balkans.

It is one of many villages in the European Union’s poorest member, which is withering in the face of low birth rates and the exodus of young adults to the more prosperous West.

“I came … to give some color and beauty to the place and to the people,” street artist Kinga Matuszewska, who studies architecture in Poznan, said on Friday as she finished her piece. “People here are so nice and friendly.”