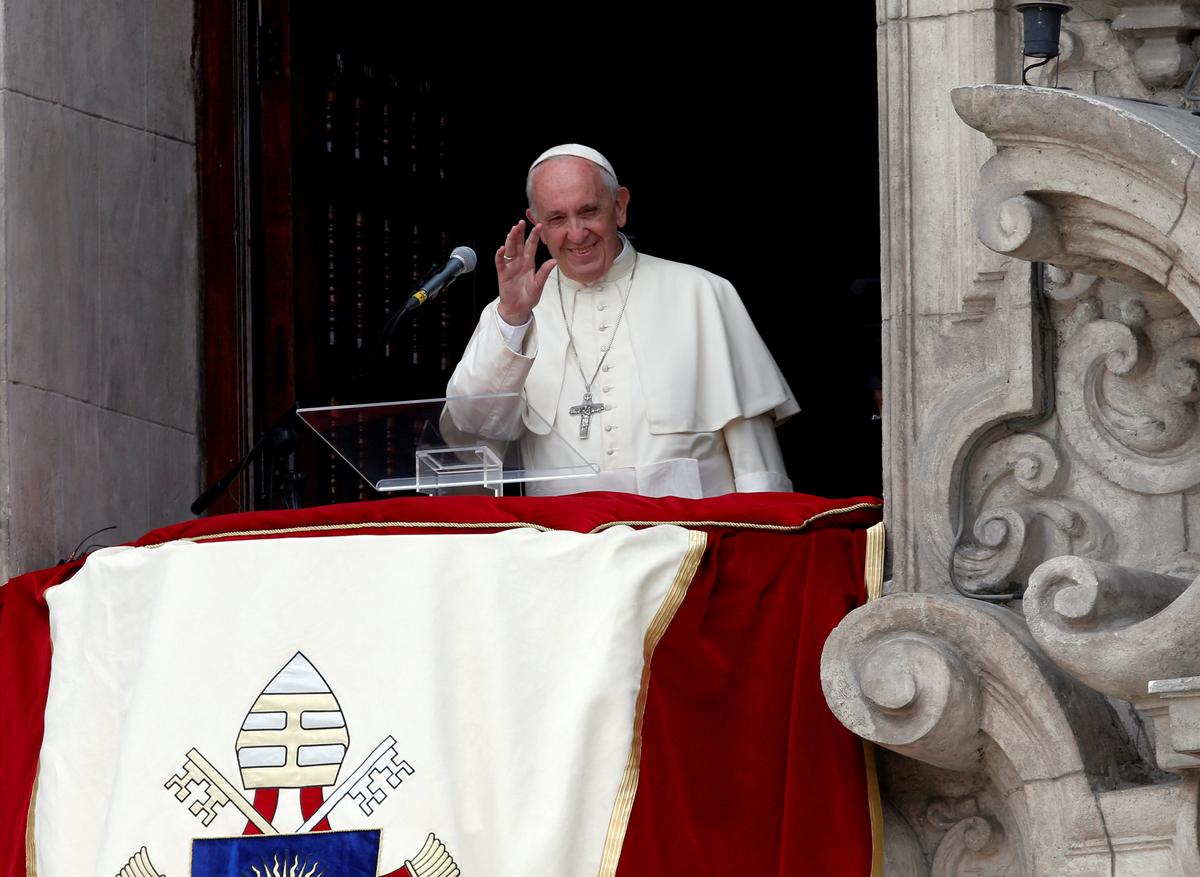 LIMA (Reuters) – Pope Francis celebrated an open air Mass for more than 1 million people on Sunday, ending a trip to Chile and Peru marked by tough talk on political corruption but a backlash over what many see as his insufficient resolve to tackle sexual abuse in the Church.

In the final hours of his six-day visit to the two nations, Francis warned in improvised remarks that Latin America was in a deep crisis from corruption scandals, with politics in most countries “more sick than well.”

“Politics is in crisis, very much in crisis in Latin America,” he said, pointing to construction company Odebrecht, which has admitted to paying billions in bribes, as an example of greed run amok across the continent of his birth.

The Catholic Church’s record on sexual abuse loomed large in both countries, but mostly in Chile, where Francis sparked outrage by saying criticism of a bishop he appointed who is accused of protecting a pedophile was “all slander.”

Francis told reporters in Chile there was no evidence against the bishop, spurring Cardinal Sean O‘Malley of Boston to sympathize with victims who were pained by the pope’s comments in an unusually blunt statement.

O‘Malley, a top adviser, was celebrating Mass with Francis at Las Palmas Air Base under a biting sun just before the pope was due to leave for Rome.

Despite the estimated 1.3 million attendance in Lima, the Church is losing followers in Latin America. Even before the pope’s off-the-cuff remarks in Chile, a poll by Santiago-based think tank Latinobarometer showed the number of Chileans calling themselves Catholic had plummeted to 45 percent from 74 percent in 1995.

The number of Catholics in Peru, where Francis consistently had a more enthusiastic reception, remains high at around 72 percent, according to a Datum poll, though it has fallen in the past decade.

“Francis here there is proof!” read a banner hanging from a Lima apartment with a picture of Luis Figari, the founder of an elite Catholic society who is scheduled to go on trial in Peru this year for sexual abuse of minors. Figari has denied wrongdoing.

Francis ordered the Vatican to appoint an administrator to run the society, Sodalitium Christianae Vitae, a week before his trip.

As the first pope to visit the Amazon in more than 30 years, Francis made a ringing defense of indigenous people and the environment on Friday, saying big business and “consumerist greed” could not be allowed to destroy a natural habitat vital for the entire planet.

He extended his condemnation of greed to corruption, saying in an appearance beside embattled Peruvian President Pedro Pablo Kuczynski that all parts of society, including the Church, needed to work to combat it.

In Peru alone, one former president has been detained for allegedly receiving bribes from Odebrecht while a warrant is out for another. Kuczynski was nearly impeached in December for not revealing that a company he used to run did business with Odebrecht. He denies wrongdoing.

Francis has previously mentioned corruption on trips to Latin America, where he has also visited Brazil, Bolivia, Ecuador, Paraguay, Mexico, Cuba and Colombia but not his native Argentina. His words in Peru, however, were particularly.

This was widely seen as a political deal struck with Fujimori supporters in Congress to allow Kuczynski, 79, to stay in office.

Kuczynski cited medical reasons for granting Fujimori, also 79, the pardon and has said it was fundamentally about forgiveness. He denies it was part of a backroom deal.

Francis did not agree to requests to meet with relatives of victims of the death squads unleashed during Fujimori’s rule from 1990 to 2000, but he did issue a ringing call for unity.

“Dear Peruvian brothers and sisters, you have so many reasons for hope … There is no better way to protect your hope than to remain united,” he said in his closing Mass.