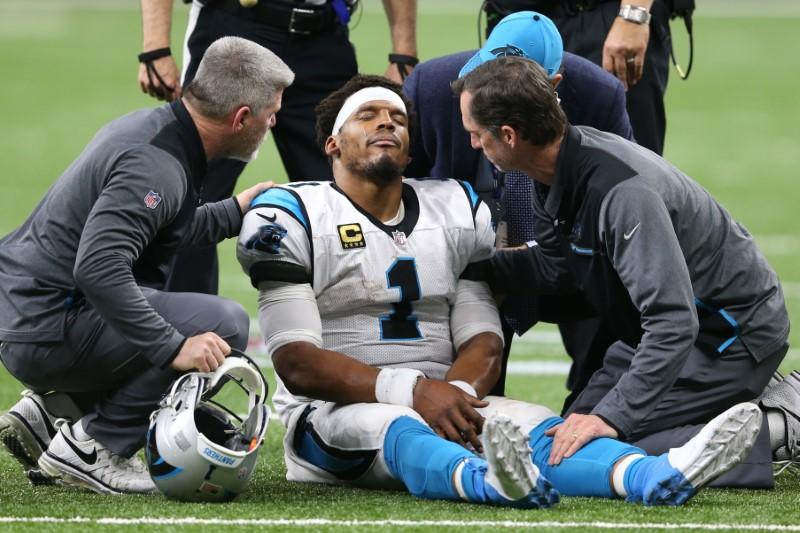 (Reuters) – A possible concussion to Carolina Panthers quarterback Cam Newton during a playoff game on Sunday as put the National Football League’s injury protocol back in the spotlight.

During the final quarter of Carolina’s 31-26 Wild Card game loss to the New Orleans Saints Newton was sacked and hit his head.

The Panthers quarterback went to the ground as he left the field but quickly returned to the game after missing only one play. He was examined in a tent on the sidelines but did not go to the locker room.

Under concussion protocol procedure, a player “who stumbles and/or falls to the ground when trying to stand, unrelated to an orthopedic injury, should be sent directly to the locker room to undergo the standard locker room exam.”

“According to the policy developed by the NFL and NFLPA, if the Concussion Protocol is not properly followed the club is subject to discipline,” he said in an email to Reuters.

Newton told reporters after the game that he left the field because he hurt his eye.

“There were precautionary concussion protocol things that happened, but it wasn’t my head. It was my eye,” he said.

Last month, the Seattle Seahawks were fined $100,000 under the policy when it was determined they had not followed protocol procedure for a hit to quarterback Russell Wilson, which occurred on Nov. 9.

The procedure for handling possible concussions was widely questioned last month after Houston Texans quarterback Tom Savage was left shaking involuntarily on the turf after a hard hit.

He was allowed back in the game though he lasted just one more series before leaving the field for good.

After that incident, the league changed the concussion safety protocol to require the presence of an unaffiliated neuro-trauma consultant at the league command center to monitor all games via the television broadcast.

Reporting by Andrew Both in Cary, North Carolina. Editing by Steve Keating.