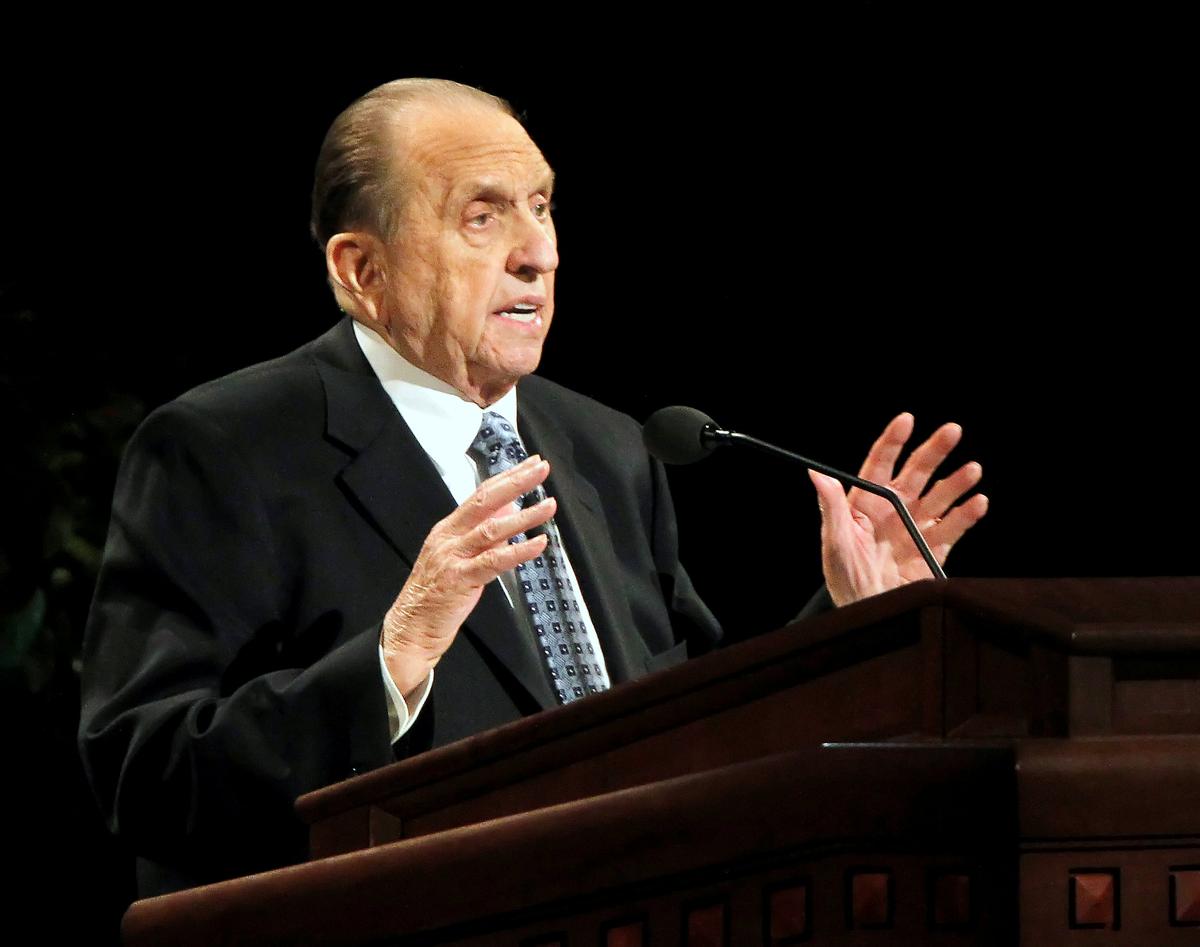 (Reuters) – Thomas Monson, leader of the Mormon church, has died at the age of 90 at his home in Salt Lake City, Utah, the church said on Wednesday.

Monson became the 16th President of the Church of Jesus Christ of Latter-day Saints – as the religion is officially known – in 2008. As president, he was believed by members of the faith to be a prophet who receives divine revelations.

Monson died on Tuesday evening surrounded by his family, the church said in a statement on its website.

Mormons worship Jesus, believing in a “restored” church with living apostles and prophets and an additional testament – the Book of Mormon – to those found in the traditional Bible.

The church, which was formally organized in 1830 in Upstate New York, reported last year to have 15.8 million members worldwide. They include the 2012 Republican presidential nominee and former Massachusetts Gov. Mitt Romney and actor Katherine Heigl.

“President Monson had all the hallmarks of an unassuming servant of the Lord,” the church said in a statement.

Born and raised in Salt Lake City, Monson was appointed in 1963 to the Quorum of the Twelve Apostles, the church’s second-highest governing body after the three-man First Presidency.

Upon his death, a president is succeeded by the head of the Quorum of the Twelve Apostles, a post currently held by the 93-year-old Russell Nelson.

As well as his life-long dedication to his faith, Monson had a “broad business background” and led a successful career in the publishing industry, the church said on its website.

“Do something for someone else on that day to make his or her life better. Find someone who is having a hard time, or is ill, or lonely, and do something for them. That’s all I would ask,” he said during an interview on his 81st birthday, according to the church.

Reporting by Brendan O’Brien in Milwaukee; Editing by Raissa Kasolowsky