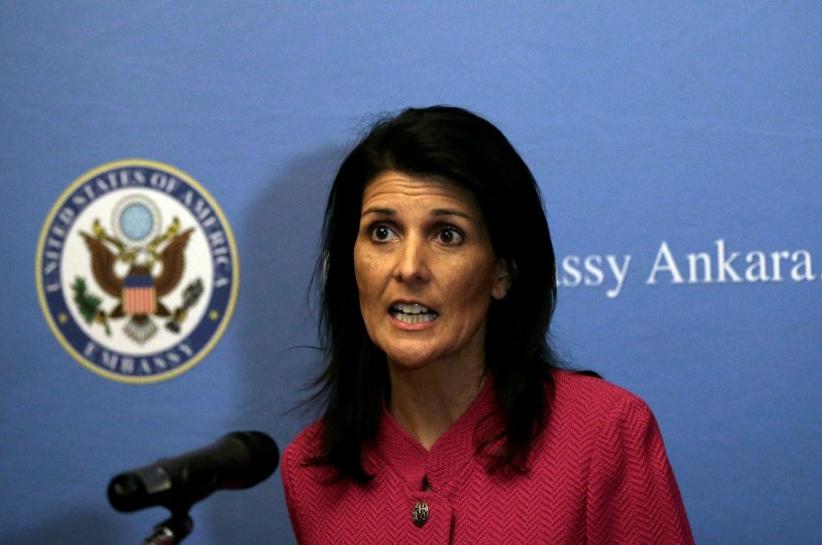 U.S. President Donald Trump “believes the climate is changing,” U.S. Ambassador to the United Nations Nikki Haley said on Saturday after Trump’s decision to take the United States out of the Paris climate accord sparked dismay across the world.

“President Trump believes the climate is changing and he believes pollutants are part of the equation,” Haley said during an excerpt of a CNN interview released on Saturday. The interview will be broadcast on CNN’s “State of the Union” on Sunday.

Trump “knows that it’s changing and that the U.S. has to be responsible for it and that’s what we’re going to do,” Haley said.

On Thursday, Trump announced the United States would withdraw from the Paris climate change pact, tapping into his “America First” campaign theme. He said participating in the pact would undermine the U.S. economy, wipe out jobs, weaken national sovereignty and put his country at a permanent disadvantage.

“Just because the U.S. got out of a club doesn’t mean we aren’t going to care about the environment,” Haley said.

Later on Saturday, Vice President Mike Pence said that remaining in the accord would have proved costly to U.S. economic growth and to the working-class Americans at the core of Trump’s political base.

“By withdrawing from the Paris climate accord, President Donald Trump chose to put the forgotten men and women of America first. And he always will,” Pence told a political rally in Iowa.

On Friday, nobody at the White House was able to say whether Trump believed in climate change. In recent years, he has expressed skepticism about whether climate change is real, sometimes calling it a hoax. But since becoming president, he has not offered an opinion.

The decision to take the United States out of the pact prompted a negative reaction around the world, and world leaders redoubled their commitment to an accord agreed to by every country on the planet save Nicaragua and Syria.

China and Europe on Friday pledged to unite to save what German Chancellor Angela Merkel called “our Mother Earth,” standing firmly against Trump’s decision.

The vast majority of scientists believe global warming is mainly the result of human activities, including power generation, transportation, agriculture and industry.

A small group of skeptics, some of them in the White House, believe the Paris pact threatened business.