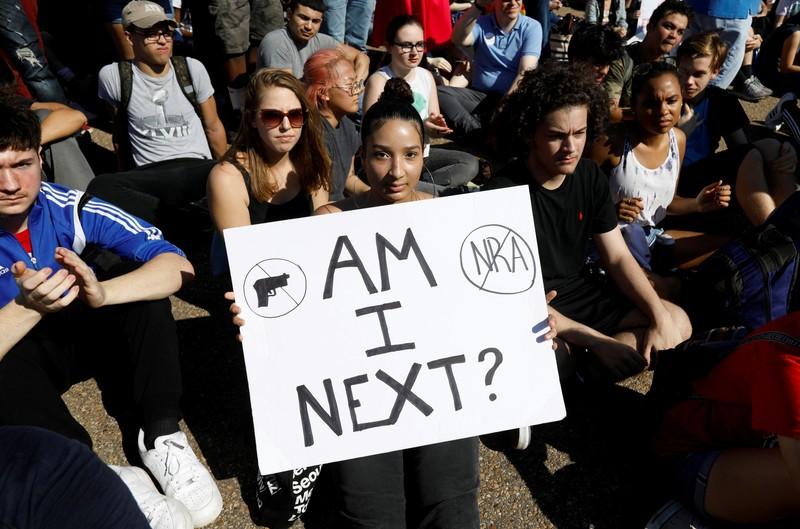 (Reuters) – Dozens of U.S. colleges and universities, including at least three Ivy League schools, have said their application processes will not consider disciplinary action taken against high school students who protest last week’s massacre at a Florida school.

Many school districts officials have threatened to suspend high school students who take part in nationwide gun control walkouts and other demonstrations called by survivors of the mass shooting that killed 17 people at Marjory Stoneman Douglas High School in Parkland. Such disciplinary action can sometimes hurt a student’s chances of getting into a preferred college.

The student-led #NeverAgain movement launched after the Feb. 14 rampage has reshaped the long-running gun control debate almost overnight and could influence the U.S. midterm elections.

“Yale will NOT be rescinding anyone’s admission decision for participating in peaceful walkouts for this or other causes, regardless of any high school’s disciplinary policy,” Hannah Mendlowitz, a senior assistant director of admissions and recruitment at Yale University, wrote on Friday in a blog post.

“I, for one, will be cheering these students on from New Haven,” Mendlowitz said.

In addition to Yale, more than 40 universities, including Brown, Dartmouth and the Massachusetts Institute of Technology (MIT), have issued statements supporting prospective scholars who may heed the calls of the Parkland survivors and risk school disciplinary action by joining protests.

Survivors of the Parkland shooting have demanded lawmakers restrict gun sales and are targeting politicians funded by the pro-gun National Rifle Association.

High school students observe a moment of silence in memory of the victims of the shooting at Marjory Stoneman Douglas High School, during a demonstration calling for safer gun laws outside the North Carolina State Capitol building in Raleigh, North Carolina, U.S., February 20, 2018. REUTERS/Jonathan Drake

As the pressure on the NRA builds, several of its corporate partners have said they are cutting marketing ties with the gun rights organization.

Two airlines, Delta and United, became the latest, saying on Twitter that they were no longer offering NRA members discounted rates and would ask the NRA to remove their information from the its website.

NRA officials have lashed out at gun control advocates, arguing that Democratic elites are politicizing the Parkland rampage to erode gun rights.

In addition to classroom walkouts, a student rally dubbed the March For Our Lives is scheduled for March 14 in Washington.

Officials at some school districts have warned against involvement in demonstrations during school hours.

“Should students choose to do so, they will be suspended from school for 3 days and face all the consequences that come along with an out-of-school suspension,” Curtis Rhodes, superintendent of the Needville Independent School District in Texas, cautioned students in a Facebook message.

But Stu Schmill, dean of admissions at MIT in Cambridge, Massachusetts, said in a statement that any “meaningful, peaceful” participation in a protest that results in disciplinary action will not impact their decision on whether to admit a future applicant.

Officials at Dartmouth College in Hanover, New Hampshire, took to Twitter on Friday to say that it too supports peaceful protest, and to urge students to “speak your truth.”

Commentary: Moving to Singapore in the middle of a pandemic has changed the meaning of home
China successfully lands spacecraft on moon to retrieve lunar rocks
Marina Bay Sands Casino, The Central among locations visited by COVID-19 cases during infectious period
‘He’d physically hit me’: What lies behind those child and animal viral videos
Commentary: Japan has taken care of two COVID-19 waves so how bad can this third one be?