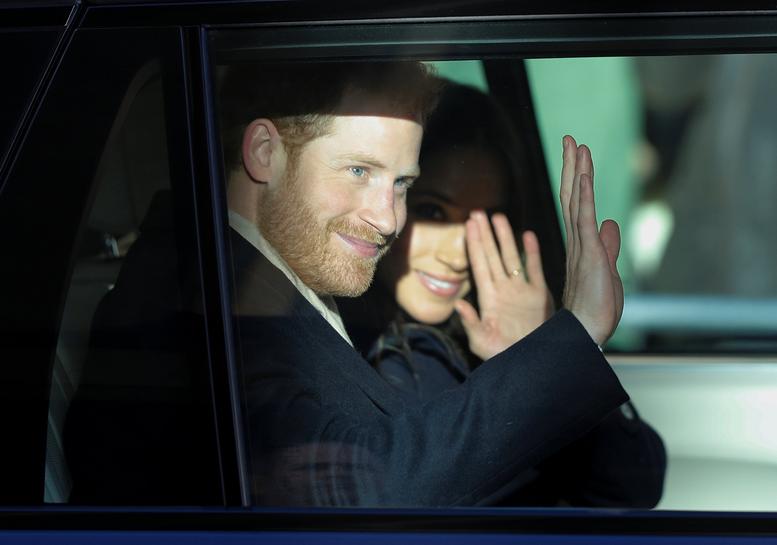 NOTTINGHAM, England (Reuters) – Britain’s Prince Harry and his American fiancee Meghan Markle delighted cheering crowds who braved the cold on Friday to watch the couple on their first official engagement together.

In the central English city of Nottingham, the pair, both wearing long navy overcoats, greeted hundreds of smiling well-wishers, some waving British and U.S. flags.

“We love Harry, and Meghan – she looks beautiful doesn’t she?” Betty Parker, 78, told Reuters as she waited to meet the couple.

“We’re so happy for them both,” Mary Cooper, 60, said. “We always come and see him whenever he comes here and it’s lovely that he keeps coming to Nottingham and has sort of adopted this city.”

The couple were visiting a charity fair to mark World Aids Day, an event particularly symbolic for Harry whose late mother Princess Diana is credited with playing an important role in breaking down the stigma that was attached to the disease.

The event, held by the Terrence Higgins Trust, remembers lives lost to HIV and marks the progress made in fighting it.

Harry has become a prominent campaigner on the issue, following in the footsteps of Diana who opened Britain’s first HIV/AIDS unit in London in 1987 and confronted stigma by kissing an AIDS patient during a hospital visit.

“They are so wonderful together, and you can clearly see that there is an immense amount of love and adoration for each other from the personal point of view of course but also for the work that each other are involved in,” said HIV campaigner Chris O‘Hanlon, who met the couple at the event.

Afterwards, the couple went to Nottingham Academy to meet headteachers from local schools and hear about the Full Effect programme, an initiative supported by the charity of Harry, his elder brother Prince William and William’s wife Kate, which seeks to deter children from becoming involved in violence.

Markle, who has been a campaigner for several causes including work as a U.N women’s advocate, is to give up her previous charity roles as she begins life in Britain’s royal family, Harry’s spokesman said on Tuesday.

She was also keen to travel around Britain to get to know the country that will become her home as she intends to become a British citizen, the spokesman added.

The couple, who became engaged earlier this month at the cottage they share in the grounds of Kensington Palace in central London, are to be married next May in St George’s Chapel at Windsor Castle, the family home of British kings and queens for almost 1,000 years.

“This is good. I‘m excited to have some Americans in the royal family,” U.S. student Mark Arnold, who is studying at Nottingham University, told Reuters. “It’s really nice, I’m excited.”