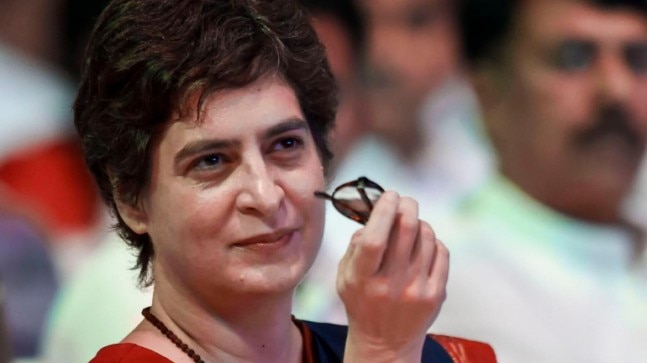 Congress General Secretary Priyanka Gandhi Vadra on Friday criticised the BJP-led government and the statements made by the ministers while justifying the slowdown in the economy.

In a tweet, Priyanka Gandhi Vadra gave the analogy of cricket and said that it was important to keep focus until the end of the game.

“In order to make the right catch, it is important to have an eye on the ball till the end and a true sense of the game,” Priyanka Gandhi said.

Priyanka Gandhi Vadra said that if one does not focus on the game, then blame would come on gravity, mathematics, Ola and Uber among other things.

“Otherwise, you blame gravity, mathematics, Ola-Uber and other things. Continuing in the public interest for the Indian economy,” Priyanka Gandhi Vadra tweeted.

On Thursday, Union Commerce Minister Piyush Goyal was attending a Board of Trade meeting when he said, “Maths didn’t help Einstein discover gravity”. Piyush Goyal was defending the government against the allegations of the economic slowdown.

Last week, Finance Minister Nirmala Sitharaman had attributed slowdown in the auto sector to millennials preferring ride-sharing cabs like Ola and Uber instead of buying cars.

Nirmala Sitharaman had said that automobile industry was under stress because of “the mindsets of millennial, who now prefer to have Ola or Uber rather than committing to buying an automobile”.

Lift technician dies after getting trapped in North Bridge Road building
Taiwan to ease some restrictions on visitors
Commentary: Giving up petrol cars is a lot more difficult for parents
10 people, including 3 children, injured after fire engulfs HDB flat in Whampoa
On the lookout for the invisible: How NEA safeguards against radiation risk