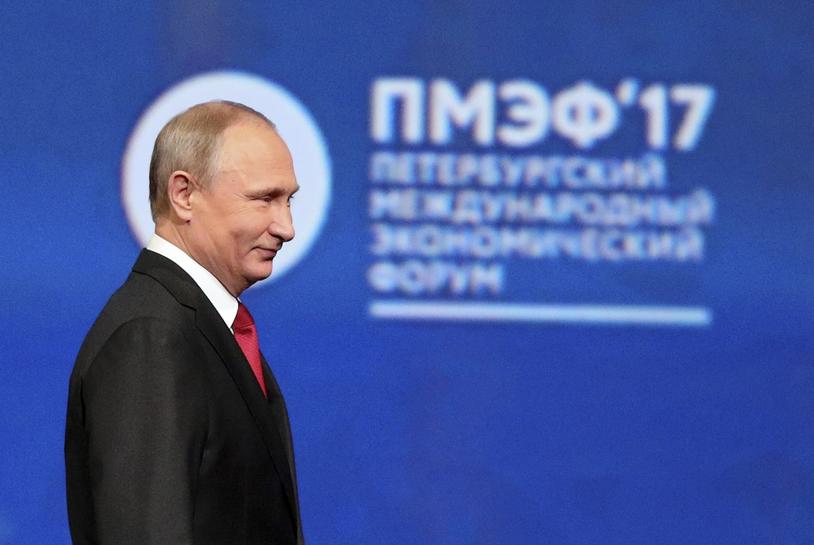 ST PETERSBURG, Russia President Vladimir Putin said on Friday that Donald Trump had run a better presidential campaign than Hillary Clinton and that U.S. intelligence agencies could have easily faked what he said was false evidence that Russia had hacked the Democratic Party.

U.S. intelligence officials have said Russia tried to interfere in the U.S. election by hacking Trump’s opponents, a charge that has deepened a political scandal which has focused on whether Trump had improper ties with Moscow, something he flatly denies.

Putin, addressing the St Petersburg International Economic Forum, said on Friday that the hacking accusations were nothing more than “harmful gossip” which he complained was damaging international relations and the global economy.

He said he had personally reviewed the U.S. intelligence reports which made the hacking allegations against Russia, and that they contained no meaningful evidence.

The idea that the hacking had reportedly been carried out from Russian IP addresses which constituted meaningful evidence of anything was absurd, he said.

“Where are the finger prints? IP addresses can be faked. Do you know how many specialists there are who can make it look as if your children sent something from your home IP address? They can fake anything and then accuse anyone. It’s not evidence.”

Putin, who is keen to repair battered U.S.-Russia relations and is expected to meet Trump for the first time at the G20 in Hamburg in July, said Trump had simply run a better campaign and better connected with voters than Clinton. He said her supporters were now trying to blame Russia for their failure.

“The other (Clinton) team miscalculated. They don’t want to admit their mistake. It’s easier for them to say that they are not guilty, that the Russians are the guilty ones for interfering in our election. It reminds me of anti-Semitism.”

Visibly irritated by having to discuss the matter, Putin was equally forthright about denying separate accusations that there had been some kind of secret deal between Moscow and the Trump team before his inauguration.

“There was nothing concrete, zero. It’s just hysteria. Should I give you a pill?” Putin said to a moderator who asked him about the matter.