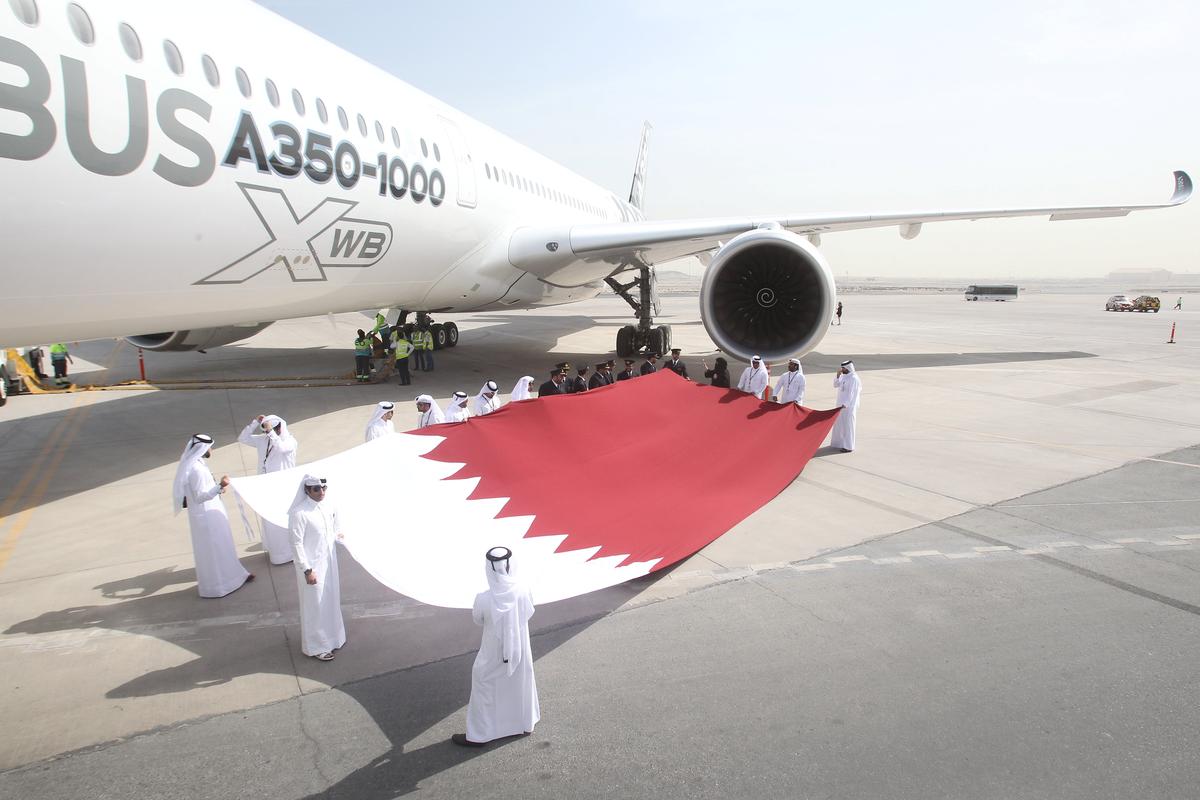 DOHA (Reuters) – Airbus (AIR.PA) will deliver the first ever A350-1000 jet to an airline to Qatar Airways between Feb. 15 and Feb. 20, the carrier’s chief executive said on Saturday.

Delivery of Europe’s largest twin-engined passenger jet to launch customer Qatar Airways had been delayed from late last year to some time next month due to issues with installing business class seats.

“We are progressing very well to receive our aircraft somewhere between the 15th and 20th [of February],” Qatar Airways Chief Executive Akbar al-Baker told reporters in Doha.

The major Middle East airline is known to be a demanding customer when reviewing aircraft for quality defects before delivery. Qatar Airways has in the past refused to take delivery of aircraft over what it said were quality issues, and has also canceled some deliveries.

Airbus looks “forward to delivering the world’s first A350-1000 to Qatar Airways in the coming weeks,” Airbus’ Chief Operating Officer Fabrice Bregier said in a press release issued by the airline.

The “complex seat configuration” of Qatar Airways’ Qsuite, business class which features seats that face each other, and lie-flat double beds, had delayed the delivery of the A350-1000, until February, Baker said on Monday without detailing a specific date.

The A350-1000 will be the first Airbus jet to feature the Qsuite, which was unveiled last year and has been installed on Qatar Airways’ Boeing (BA.N) 777 jets, Baker said.

Baker, speaking to reporters on board one of Airbus’ A350-1000 test aircraft, said the airline expected to receive four of the twin-engined jets this year.

“This is contractually and I am confident that Airbus will deliver them to us,” he said.

Qatar Airways plans to initially fly its first A350-1000 on long haul routes before adding it to ultra long-haul routes in a few months time, in case of any potential technical issues with the new jet.

Baker said the airline hoped to take delivery of its first Boeing 777x by the first half of 2020.

The airline has ordered 60 the new 777x jets, according to data on Boeing’s website.

Bangladesh, against objections, set to move Rohingya refugees to remote island
HDB CEO Cheong Koon Hean to step down in January, NEA CEO Tan Meng Dui to take over in February
The Big Read: Enough is enough. Just what does it take to break mental health stigma at the workplace?
Indonesian who tested positive for COVID-19 was arrested for suspected involvement in helping 4 men enter Singapore illegally
Man arrested over online cheating cases involving more than S$175,000