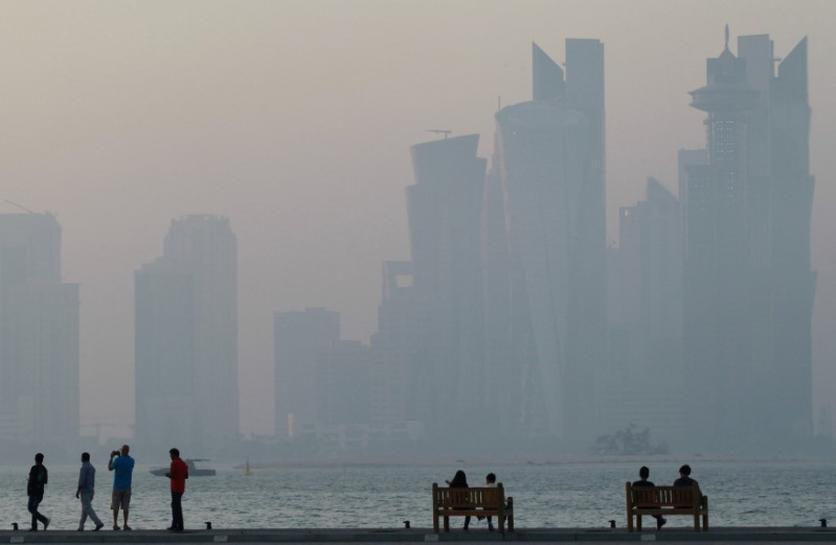 DOHA Qatar announced plans for a steep rise in Liquified Natural Gas (LNG) production capacity on Tuesday that suggested it was ready for a protracted dispute with Gulf neighbors, but Doha said it was doing all it could to reach agreement.

Saudi Arabia, the United Arab Emirates, Egypt and Bahrain were due to meet on Wednesday to decide whether to continue sanctions they imposed on Qatar on accusations it was aiding terrorism and courting regional rival Iran. Doha denies the charges and has submitted to mediator Kuwait replies to 13 demands that the gathering will consider.

“What Qatar has given in goodwill and good initiative for a constructive solution, based on dialogue, we believe should be sufficient (to show) we have carried out our duties from our side,” Qatari Foreign Minister Sheikh Mohammed bin Abdulrahman al-Thani told a news conference in Doha.

“There is a lot of progress that has been made on that front (countering terrorism financing)… but of course there is always room for improvement,” he said, describing the sanctions as illegal steps under the pretext of fighting terrorism.

The three Gulf states and Egypt have severed diplomatic and transport ties with Doha in a dispute that has raised concern across the Middle East and beyond. Western states fear a lengthy dispute, besides threatening political instability, could upset supply chains in a region vital for energy supplies.

German Foreign Minister Sigmar Gabriel told the same Doha news conference he felt Qatar had shown restraint in the row which began on June 5 when the Gulf states severed diplomatic and transport ties.

“We hope others will respond in a similar spirit.

Qatar says it is ready to meet any “reasonable” demands.

But the Gulf state, with a population of just over two million to Saudi Arabia’s 31 million, may be reluctant to carry out conditions such as the closure of the al-Jazeera television station and removal of a Turkish military base – matters it considers impinge on Qatari sovereignty.

Qatar mounted what appeared to be a show of strength on Tuesday, when the state-owned Qatar Petroleum [QATPE.UL] announced plans to raise liquefied natural gas capacity by 30 percent. Its immediate effect will be to worsen a glut on the LNG market where Australia, the United States and Russia vie.

LNG is natural gas liquified at low temperatures to reduce its volume, thus allowing it to be transported by tanker where pipelines are not feasible.

Qatar Petroleum chief executive Saad al-Kaabi said the firm would increase gas production from its giant North Field, which it shares with Iran, by 20 percent after new gas development.

In April, Qatar lifted a self-imposed ban on development of the North Field, the world’s biggest natural gas field, and announced a new project to develop its southern section, increasing output in five to seven years.

The decision will have international ramifications.

With such low production costs and LNG facilities closer to buyers in Europe and Asia, the Qatari move means U.S. producers could struggle to sell their LNG competitively and projects still needing finance could struggle to find investors. So far only Cheniere (LNG.A) exports U.S. LNG, but there are project proposals with a total capacity of some 150 million tonnes/year.

Energy sales have driven Qatar’s rapid rise as a regional player, with vast infrastructure projects and widening diplomatic influence as well as a role in the Syrian conflict that is viewed with suspicion by Gulf neighbors.

The Saudi Ambassador to Sudan Ali Hassan Jaafar, speaking at a news conference, said he hoped the Gulf crisis would end “in the coming hours” with the Qatari response to demands.

“We wish well for the people of Qatar and we hope that the rulers of Qatar return to their senses,” he said. “We want stability in the Gulf region and in the Arab region. … If these demands are not fulfilled we will defend our security and stability and there will be other measures.”

The LNG glut has already driven down prices. Asian spot LNG prices LNG-AS have fallen more than 40 percent this year to $5.50 per mmBtu and by 70 percent from peaks in 2014.

So far, the majority of LNG is supplied via long-term contracts between producers and users which allow little flexibility and in many cases also prevent importers from reselling cargoes. With supplies far outpacing demand, analysts expect more and more LNG to be freely traded.

Many producers have already started to offer contracts without resale or destination restrictions.

Kaabi, alluding to suggestions that the Gulf states may ask trading partners to choose between them and Doha, said the company’s operations would not be affected by the crisis.

“Qatar Petroleum will continue working…If some companies decide they don’t want to work with QP that’s their choice. We will find other foreign companies to work with,” he said.

Analysts said the move to boost production was partly to do with added competition in the LNG market, mainly from Australia, the United States and Russia.

“It is also to do with Iran now set to increase production on the South Pars field, which means they can up production from their side of the field (North Field) without destabilizing the geology of the field,” said Oliver Sanderson, gas analyst at Thomson Reuters.

Some experts say that, while the Gulf States accuse Qatar of cooperating too closely with Iran, their sanctions could push it to closer cooperation with Tehran on gas production and exports from the shared field.

“Qatar needs the support of Iran now more than any time before. I don’t believe it would be possible for Qatar to increase production without the cooperation with Iran, if in the long term the (political) situation stayed same as now,” said Reza Mostafavi Tabatabaei, president of London-based ENEXD, a firm involved in oil and gas equipment in the Middle East.

“Also, major (oil) companies may be asked to choose between working in Qatar or Saudi/UAE and Egypt, otherwise there be sanctions against them. That’s why I don’t think that developing this project by Qatar now will be as easy as before, politically not financially,” he added.

Qatar Petroleum’s Kaabi said there is no cooperation with Iran on any project in the North Field, but the countries have a joint committee that meets yearly to discuss development of the field.

“Qatar has one of the lowest LNG production costs in the world. It has followed an astute policy of maximizing value from market prices around the world,” said Ajay Singh, special advisor at Japan Petroleum Exploration Co and former gas executive at Shell.

“For Qatar, LNG is everything.”