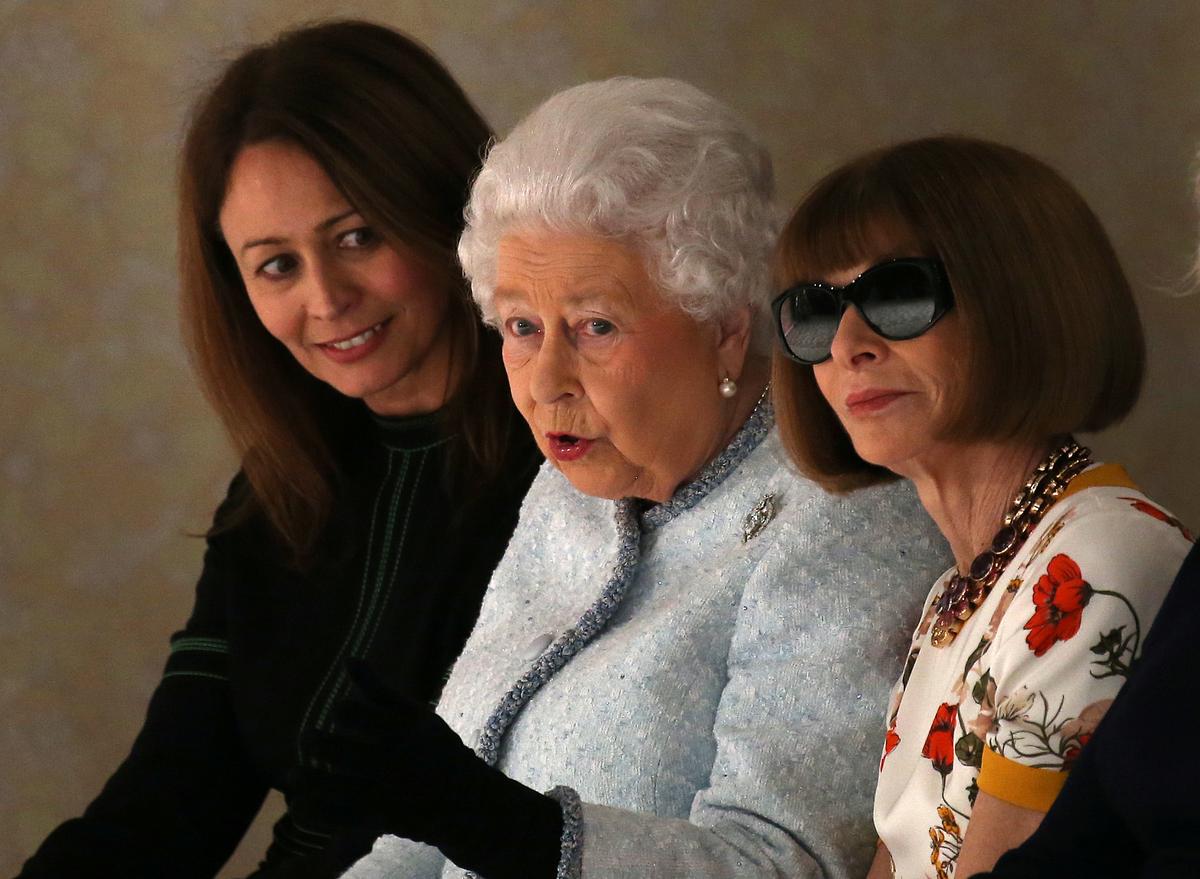 LONDON (Reuters) – Britain’s Queen Elizabeth made a surprise appearance in the front row at a fashion catwalk on Tuesday where she watched a show by emerging designer Richard Quinn.

The 91-year-old monarch, dressed in a pale blue suit, sat next to Anna Wintour, editor in chief of American Vogue magazine, as models displayed a series of bold and brightly coloured designs at the end of London Fashion Week.

The Award has been initiated in recognition of the role the fashion industry plays in society and diplomacy, Buckingham Palace said in a statement.

It will be given annually to an emerging British fashion designer who shows exceptional talent and originality, whilst demonstrating value to the community and/or strong sustainable policies, the statement added.

London-born designer Quinn established his namesake label in 2016. The London Fashion Week website said of him: ”Specialising in womenswear and textiles his collections are bold and emotive creating a forward-thinking, unafraid vision.

“Richard creates garments with attention to innovative fabrications, focusing on his ability to combine unique handcrafted skill with a refined high fashion sensibility.”

On Monday, the Queen invited fashion designers and models to a reception at Buckingham Palace, her London home.