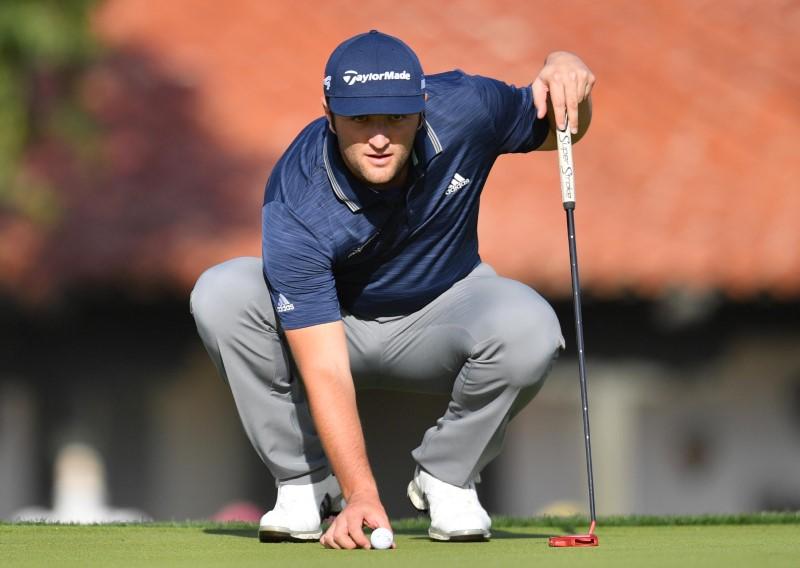 (Reuters) – Spaniard Jon Rahm carded his lowest score on the PGA Tour, a bogey-free 10-under-par 62, for a one-stroke lead after the first round at the CareerBuilder Challenge in the California desert on Thursday.

Taking advantage of perfect conditions, Rahm roared off the starting line in a round that included an eagle and eight birdies at La Quinta Country Club, one of three courses used for the pro-am event.

Americans Andrew Landry, Jason Kokrak and Austin Cook shared second place on 63 – Landry and Kokrak playing at La Quinta while Cook was on the Nicklaus Tournament Course at PGA West.

World number three Rahm said he had thought briefly about the possibility of matching the 59 carded by Canadian Adam Hadwin during last year’s event.

“Six under through seven holes with a couple of missed putts, anytime you have that going for you you get thoughts coming through your head of 59,” Rahm told Golf Channel.

”A couple of great shots on (holes) one and two set up birdies and then a great one on (the fifth) to set up eagle.

“After that I knew I kind of kept it going and stayed patient.”

A missed five-foot putt at the 10th hole put paid to any realistic hope of breaking 60, but Rahm still did enough to better his previous best tour score of 64.

Rahm, 23, has made a meteoric rise up the rankings since arriving at this same event last year ranked outside the top 100.

He rose to a career-high third in the world by finishing runner-up to Dustin Johnson at the Tournament of Champions at Kapalua in Hawaii two weeks ago.

Not that desert golf has much similarity with the Kapalua course built on the side of the West Maui mountains.

“That week (at Kapalua) is so unique – massive fairways, big slopes, lots of wind, really grainy greens, unlike what I play all year long. This (La Quinta) is really familiar to what I‘m used to playing,” said Rahm, who played his university golf in the adjacent state of Arizona.

It was not such a great day for another former Arizona State University product Phil Mickelson, who made two late bogeys for a mediocre two-under 70 at La Quinta.

Reporting by Andrew Both in Cary, North Carolina. editing by Ed Osmond