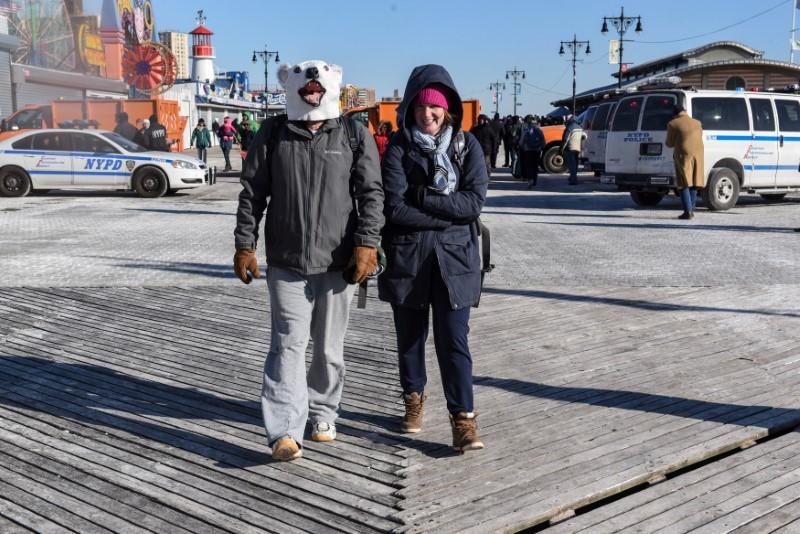 (Reuters) – Record-shattering arctic cold reached as far south as Florida on Monday with freeze warnings in place from Texas to the Atlantic Coast and the northeastern United States facing another cold wave at the end of the week, forecasters said.

Temperatures were from 20 to 30 degrees Fahrenheit (11 to 17 degrees Celsius) below normal across the United States east of the Rocky Mountains, with only southern Florida untouched by the arctic blast.

“That degree of cold will be with us until tomorrow,” said Brian Hurley, a National Weather Service meteorologist at College Park, Maryland. “Tuesday morning, we’re looking at temperatures with very high probability of record lows.”

Along Alabama’s Gulf Coast, the temperature in the city of Mobile could hit a low of 16F (minus 9C) overnight. Stiff breezes were expected to create dangerously cold wind chills across southeastern Georgia and most of northeastern Florida, the weather service said.

The mass of frigid air pumped south by a dip in the jet stream sent temperatures plunging across the U.S. heartland. Omaha posted a low of minus 20F (minus 29C), breaking a 130-year-old record, and Aberdeen, South Dakota, shattered a record set in 1919 with a temperature of minus 32F (minus 36C).

The cold will be unrelenting across the Middle Atlantic and northeastern United States, with up to two dozen low temperature records expected in those regions over the next day or two, Hurley said.

Although the cold should ease across most of the United States after Tuesday, the northeastern quarter of the country will see a repeat of the current frigid temperatures from Thursday to Friday as another arctic blast hits the area.

The private AccuWeather forecaster said the cold snap could combine with a storm brewing off the Bahamas to bring snow and high winds to much of the Eastern Seaboard as it heads north on Wednesday and Thursday.

The only part of the United States spared the deep freeze is the Southwest. Above-normal temperatures and dry weather is expected to continue there, with temperatures in Los Angeles above 70F (21C) for the rest of the week, the weather service said.

Reporting by Ian Simpson in Washington; Editing by Jonathan Oatis

Appeal opens in Pakistan against acquittal of Briton convicted in Daniel Pearl killing
Woman to be charged for suspected involvement in death of ex-boyfriend
13 hotels in Johor cease operations due to COVID-19 pandemic
30% of Malaysians expected to be vaccinated against COVID-19 next year: PM Muhyiddin
Sydney records hottest November night as heatwave sweeps city