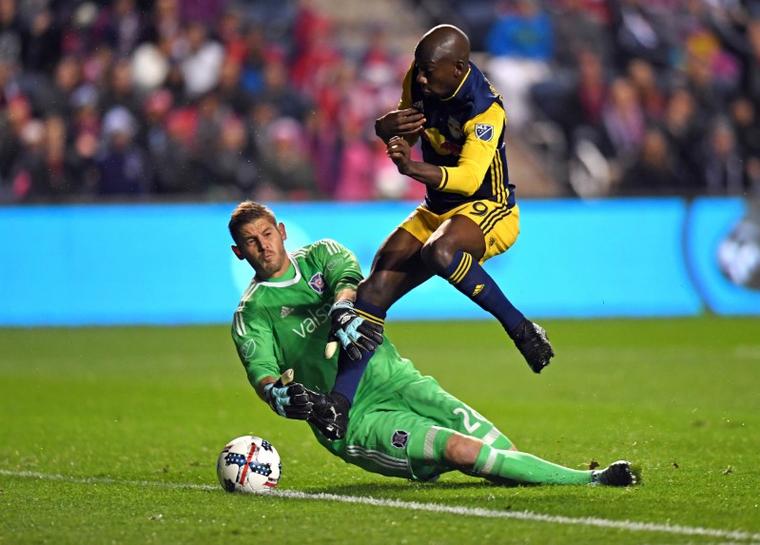 (Reuters) – Two early goals paved the way for the New York Red Bulls’ 4-0 victory over Chicago on Wednesday which eliminated the Fire from the Major League Soccer (MLS) playoffs.

Chicago were hosting the knockout match but their home ground provided little advantage as Bradley Wright-Phillips and Sacha Kljestan put the visitors 2-0 up inside 11 minutes at Toyota Park in Bridgeview, Illinois.

The Fire, making their first playoff appearance in five years, offered precious little in the first half and while they were more threatening after the break they could not make it count.

Chicago midfielder Bastian Schweinsteiger, who has played only 19 minutes over the previous seven games due to leg injuries, came on in the 65th minute but had barely touched the ball before Daniel Royer scored a third for the Red Bulls.

Gonzalo Veron added a fourth late on to pad the margin.

“I can’t really compliment the boys enough,” English striker Wright-Phillips said in a pitch-side interview. “It was a real professional performance.”

The win puts the Red Bulls into a two-leg Eastern Conference semi-final against a rampant Toronto FC, who had a first-round bye after setting a record for the most points in an MLS regular season — 69 in 34 games.

The Red Bulls had finished the regular season sixth in the conference, 19 points behind Toronto, while Chicago were third on 55 points.

“We’re going up against (Sebastian) Giovinco and (Jozy) Altidore and Víctor Vázquez, the three-headed monster. It’s going to be very tough but I like our chances.”

Reporting by Andrew Both in Cary, North Carolina; Editing by Peter Rutherford