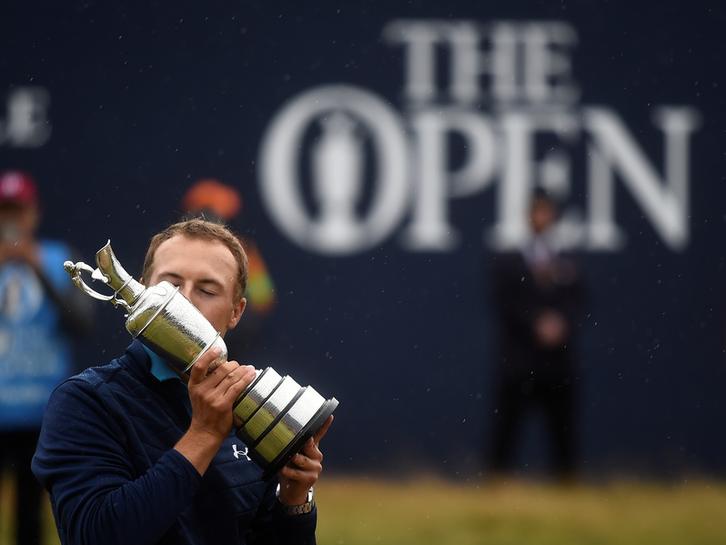 (Reuters) – Jordan Spieth celebrated his British Open victory with a family fishing trip and says he is “refreshed” and ready to resume his busy end-of-season schedule at this week’s WGC-Bridgestone Invitational in Ohio.

Nine days after his memorable performance at Royal Birkdale, where he completed the third leg of the career grand slam, Spieth looked relaxed at Firestone Country Club on Tuesday as he reflected on his latest victory and his immediate future.

At next week’s PGA Championship in Charlotte, the Texan has a chance to become the sixth man to complete the modern grand slam.

And though he speaks softly, Spieth carries a big proverbial stick, or 14 of them, preferring to let his clubs do the talking rather than make grandiose predictions.

“Nice to be back here at Firestone and feeling refreshed,” Spieth told Golf Channel ahead of Thursday’s first round in Akron, which will mark the start of a busy schedule of seven events in nine weeks.

“That’s a pretty heavy stretch to finish the year but I had a few weeks off before the Open and now another week. I feel refreshed and typically that’s not the case after a major like that.”

Spieth recharged his batteries last week courtesy of a fishing holiday with his father and brother in the mountains of Montana.

Before leaving, however, he found time with caddie Michael Greller to watch a recording of the final round of the British Open.

“It was fun to be able to relive it and do it with Mikey … It was a lot more exciting than it needed to be. That 13-through-16 stretch was very memorable (and) 17 was very big, too,” he added, referring to his back nine charge.

Following a wild drive and a penalty stroke that led to a bogey at the 13th, Spieth played the next four holes in five-under, going birdie, eagle, birdie, birdie en route to a three-shot win over fellow American Matt Kuchar.

This week, Spieth will seek to rectify a surprising blemish on his record. His 11 victories on the PGA Tour include three major championships, but not a single WGC title.

Reporting by Andrew Both in Cary, North Carolina; Editing by Ian Ransom