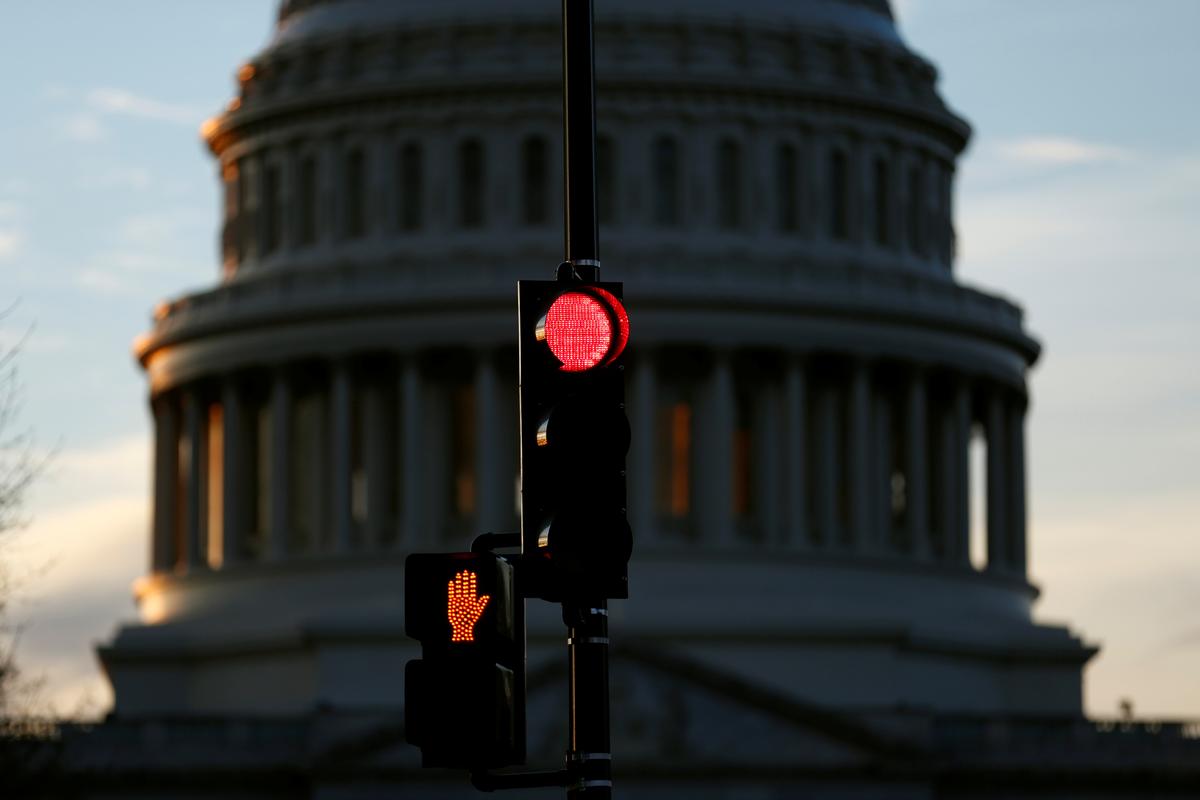 WASHINGTON (Reuters) – Republicans and Democrats appeared to harden their positions on Sunday as both sides hunkered down for what could be a prolonged fight, with a U.S. government shutdown in its second day.

Democrats demanded that U.S. President Donald Trump negotiate on immigration issues as part of any agreement to resume government funding and accused him of reneging on an earlier accord to protect “Dreamers,” illegal immigrants brought to the United States as children.

“I hope it is just a matter of hours or days. But we need to have a substantive answer, and the only person who can lead us to that is President Trump. This is his shutdown,” Dick Durbin, the second ranking Democrat in the Senate, said on the CBS “Face the Nation” program.

Republicans were just as adamant, saying they would not negotiate immigration or other issues as long as all but essential government services remain shuttered.

Speaking to U.S. troops at a military base in the Middle East, Vice President Mike Pence said, “We’re not going to reopen negotiations on illegal immigration until they reopen the government and give you, our soldiers and your families, the benefits and wages you’ve earned.”

After funding for federal agencies ran out at midnight on Friday, many U.S. government employees were told to stay home or in some cases work without pay until new funding is approved. The shutdown is the first since a 16-day closure in October 2013.

With elections set for November for a third of U.S. Senate seats and the entire House of Representatives, both sides are maneuvering to blame the other for the shutdown.

Trump, who canceled a planned trip to his Mar-a-Lago estate in Florida that included a major fundraiser on the anniversary of his first year as president, said on Sunday that if the stalemate continued, Republicans should change Senate rules so a measure could be passed to fund the government.

Current Senate rules require a super-majority of three-fifths of the chamber, usually 60 out of 100, for legislation to clear procedural hurdles and pass.

But a senior member of Trump’s own Republican party rejected the idea.

Senator Republican Leader Mitch McConnell said he and his colleagues oppose changing the chamber’s rules so that a simple majority could advance legislation to fund the government and to end the current shutdown, according to a spokesman.

Republicans hold a slim 51-49 majority in the Senate.

A traffic light shines red after President Donald Trump and the U.S. Congress failed to reach a deal on funding for federal agencies in Washington, U.S., January 20, 2018. REUTERS/Joshua Roberts

On Capitol Hill, Senator John Thune, a junior member of the Republican leadership, said there was “no progress to report” in negotiations but that McConnell’s office was open for business and for talks with Senate Democratic leader Chuck Schumer.

“I’m kind of keeping hope alive here that before 1 a.m. tomorrow morning that we’ll have something that gets us out of this jam,” Thune told reporters.

The Senate will vote at 1 a.m. EST (0600 GMT) on Monday on whether to advance a measure to fund the government through Feb. 8, unless Democrats agree to hold it sooner, McConnell said on Saturday.

The level of support for the bill was uncertain, but given Democratic leaders’ public statements, it seemed unlikely the measure would receive the 60 votes required to advance.

White House budget director Mick Mulvaney said Trump had instructed him to ease the effects of the shutdown as much as possible.

“The president has told me, make sure as many people go to work Monday as possibly can. Use every tool legally available to you,” Mulvaney said on “Face the Nation.”

Amid the difficult and sensitive talks to reopen the government, Trump’s campaign on Saturday released a 30-second advertisement on immigration that was posted on YouTube.

The ad focuses on the ongoing death penalty trial in Sacramento, California, of Luis Bracamontes, an illegal immigrant from Mexico accused of killing two local deputies in 2014.

“Democrats who stand in our way will be complicit in every murder committed by illegal immigrants,” the announcer says.

Schumer and his colleagues accused Trump of being an unreliable negotiating partner, saying the two sides came close to a deal on immigration several times, only to have Trump back out under pressure from anti-immigration conservatives.

Schumer “put a lot on the table” in negotiations on Friday, which Trump accepted, then “walked it back,” Democratic Senator Chris Coons said on the “Fox News Sunday” program.