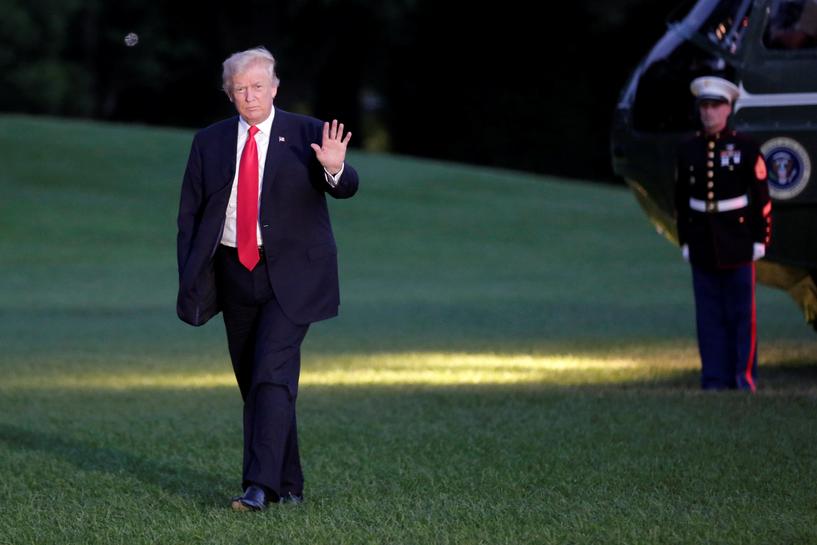 WASHINGTON U.S. President Donald Trump said on Sunday he and Russia’s president had discussed forming a cyber security unit, an idea harshly criticized by Republicans who said Moscow could not be trusted after its alleged meddling in the 2016 U.S. election.

Tweeting after his first meeting with President Vladimir Putin on Friday, Trump said now was the time to work constructively with Moscow, pointing to a ceasefire deal in southwest Syria that came into effect on Sunday.

“Putin & I discussed forming an impenetrable Cyber Security unit so that election hacking, & many other negative things, will be guarded and safe,” he said following their talks at a summit of the Group of 20 nations in Hamburg, Germany.

“It’s not the dumbest idea I have ever heard but it’s pretty close,” Graham told NBC’s “Meet the Press” program, saying that Trump’s apparent willingness to “forgive and forget” stiffened his resolve to pass legislation imposing sanctions on Russia.

“There has been no penalty,” McCain, who chairs the Senate armed services committee, told CBS’ “Face the Nation” program according to a CBS transcript. “Vladimir Putin … got away with literally trying to change the outcome … of our election.”

“Yes, it’s time to move forward. But there has to be a price to pay,” he added.

Rubio, on Twitter, said: “Partnering with Putin on a ‘Cyber Security Unit’ is akin to partnering with (Syrian President Bashar al) Assad on a ‘Chemical Weapons Unit’.”

Trump argued for rapprochement with Moscow in his campaign but has been unable to deliver because his administration has been dogged by investigations into the allegations of Russian interference in the election and ties with his campaign.

Special Counsel Robert Mueller is investigating the matter, including whether there may have been any collusion on the part of Trump campaign officials, as are congressional committees including both the House and Senate intelligence panels.

Those probes are focused almost exclusively on Moscow’s actions, lawmakers and intelligence officials say, and no evidence has surfaced publicly implicating other countries despite Trump’s suggestion that others could have been involved.

Representative Adam Schiff, the top Democrat on the House Intelligence Committee, told CNN’s “State of the Union” program Russia could not be a credible partner in a cyber security unit.

“If that’s our best election defense, we might as well just mail our ballot boxes to Moscow,” Schiff added.

Separately, U.S. government officials said that a recent hack into business systems of U.S. nuclear power and other energy companies was carried out by Russian government hackers, the Washington Post reported on Saturday.

‘TIME TO MOVE FORWARD’ WITH RUSSIA

Trump said he “strongly pressed President Putin twice about Russian meddling in our election. He vehemently denied it.”

He added: “We negotiated a ceasefire in parts of Syria which will save lives. Now it is time to move forward in working constructively with Russia!”

In Trump’s first attempt at ending the six-year Syrian civil war, the United States, Russia and Jordan on Friday reached a ceasefire and “de-escalation agreement” for southwestern Syria. The ceasefire was holding hours after it took effect on Sunday, a monitor and two rebel officials said.

In another tweet, Trump contradicted his Secretary of state, Rex Tillerson, by saying “sanctions were not discussed at my meeting with President Putin. Nothing will be done until the Ukrainian & Syrian problems are solved!”

The United States has imposed sanctions on Russia for its 2014 annexation of Crimea from Ukraine.

The Senate has passed legislation which would put into law sanctions, including on mining and other industries, previously established via former President Barack Obama’s executive orders. The bill must pass the House of Representatives before it could go to the White House for Trump’s signature or veto.

McCain criticized Tillerson for having said about Syria, “by and large, our (U.S. and Russian) objectives are exactly the same. How we get there, we each have a view. Maybe they have got the right approach and we have got the wrong approach.”

Russia, and Iran, have backed keeping Assad in power. Trump, like his predecessor Barack Obama, has focused on fighting Islamic State, leaving for later the question of Assad’s fate.

“The Russians knew that Bashar al-Assad was going to use chemical weapons. And to say that maybe we have got the wrong approach?” McCain said. Asked if he regretted voting for Tillerson as secretary of state, he replied: “Sometimes I do.”