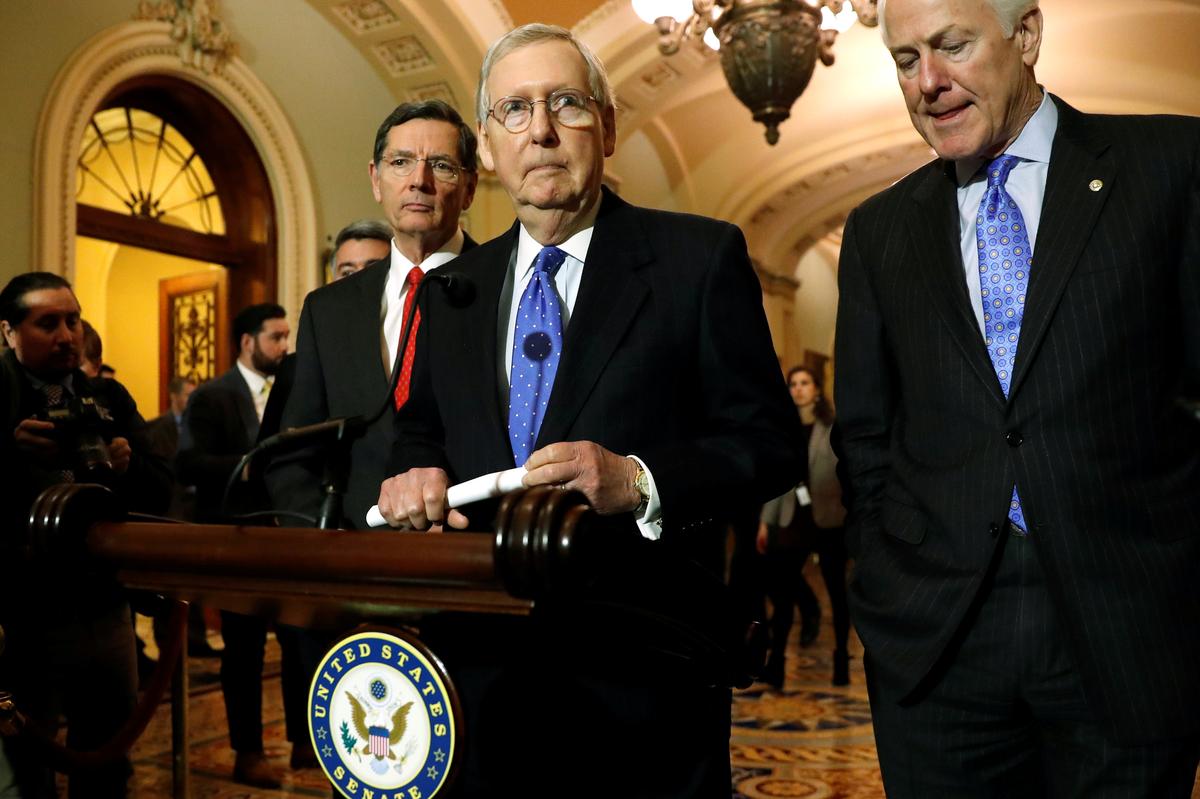 WASHINGTON (Reuters) – Republican leaders in the U.S. Congress stepped up their efforts on Thursday to round up the votes needed to pass a temporary extension in government funding and prevent a shutdown looming at week’s end.

For months, the Republican-controlled Congress has been struggling to reach an agreement to fund the government, which is currently operating on its third temporary funding extension since the 2018 fiscal year began on Oct. 1.

Democrats have insisted that a long-term spending bill include protections for “Dreamers” – young adults brought to the country illegally as children who were protected from deportation by former President Barack Obama’s Deferred Action for Childhood Arrivals, or DACA, program.

Trump ordered DACA to expire in March and asked Congress to come up with a legislative fix. But bipartisan congressional negotiations with the White House faltered last week, prompting Republican leaders to begin pushing for the passage of a stopgap measure to fund the government through Feb. 16.

The White House said on Wednesday it supported the passage of a short-term funding measure and that immigration talks could resume next week.

“Let’s make a budget deal by Friday and let’s come back to work aggressively on Monday and make a deal on DACA and responsible immigration reform,” Sanders added.

Republicans hold a slim 51-49 majority in the Senate and most legislation, including spending bills or an immigration deal, will require 60 votes for passage.

Senate Majority Leader Mitch McConnell said the Senate would take up the short-term funding measure as soon as the House approves it.

But Senate Democratic leader Chuck Schumer said on Wednesday that there was “revulsion” among his colleagues for the stopgap proposal in the House and that an “overwhelming number” would not support it.

At least one Republican, Senator Lindsey Graham, who is involved in the immigration negotiations, has also said he would not vote for a short-term funding measure.

It was also unclear whether Republicans would have the votes in the House to pass a short-term fix given that members of the conservative House Freedom Caucus would prefer additional defense funding.

The group’s leader, Representative Mark Meadows, said on Wednesday evening that while his members disliked the deal, the chances for a shutdown “are very unlikely because no one wants one.”

Another cleaner, aviation officer among 3 more workers at Changi Airport to test positive for COVID-19
24 new community COVID-19 cases in Singapore, 17 linked to Changi Airport cluster
Commentary: Five pandemic lessons we have learnt that should tide us over any surge in cases
Jewel Changi Airport, Terminals 1 and 3 to be closed to public as COVID-19 testing continues
Stricter COVID-19 rules a setback, but indoor playground Kiztopia still set on expanding