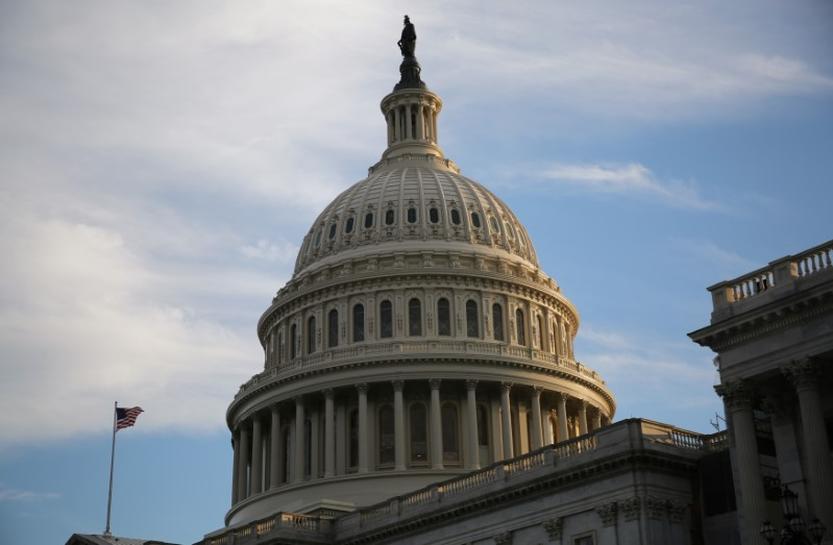 WASHINGTON (Reuters) – Banks, credit card issuers and other financial companies will be able to block customers from banding together to sue over disputes, after the U.S. Senate on Tuesday narrowly killed a rule banning the firms from using “forced arbitration” clauses.

The U.S. Capitol building is seen at sunset in Washington, U.S. May 17, 2017. REUTERS/Zach Gibson

Republican Vice President Mike Pence appeared on the Senate floor at 10:11 p.m. EDT to cast the tie-breaking vote as the chamber’s president and approve the most significant roll-back of Obama-era financial policy since President Donald Trump took office vowing to loosen the leash on Wall Street. The final count was 51 to 50.

The Republican-dominated House of Representatives has already passed the resolution repealing the Consumer Financial Protection Bureau (CFPB) rule released in July, which also bars regulators from instituting a similar ban in the future.

“This vote means the courtroom doors will remain closed for groups of people seeking justice and relief when they are wronged by a company,” he added.

Customers must agree to the clauses as a condition of opening accounts, saying they will take any disputes to closed-door arbitration instead of joining class-action lawsuits, where complainants band together to share litigation costs. The clauses are used for nearly every U.S. consumer product and service since the Supreme Court ruled them legal in 2011.

Members of Trump’s administration have relentlessly assailed the regulation, and Acting Comptroller of the Currency Keith Norieka said on Tuesday the Senate’s action stopped a rule “that would have likely increased the cost of credit for hardworking Americans and made it more difficult for small community banks to resolve differences with their customers.”

Critics of the rule say class actions only benefit trial lawyers and arbitration generally wins larger settlement awards for customers. Supporters say forced arbitration harms customers by putting companies in control of the process and taking away the right to sue enshrined in the U.S. Constitution.

During the debate, Republicans and Democrats traded accusations of carrying out the bidding of elites.

Ohio Senator Sherrod Brown, the most senior Democrat on the Banking Committee, said Tuesday’s vote “will make the rich richer, and the powerful more powerful.”