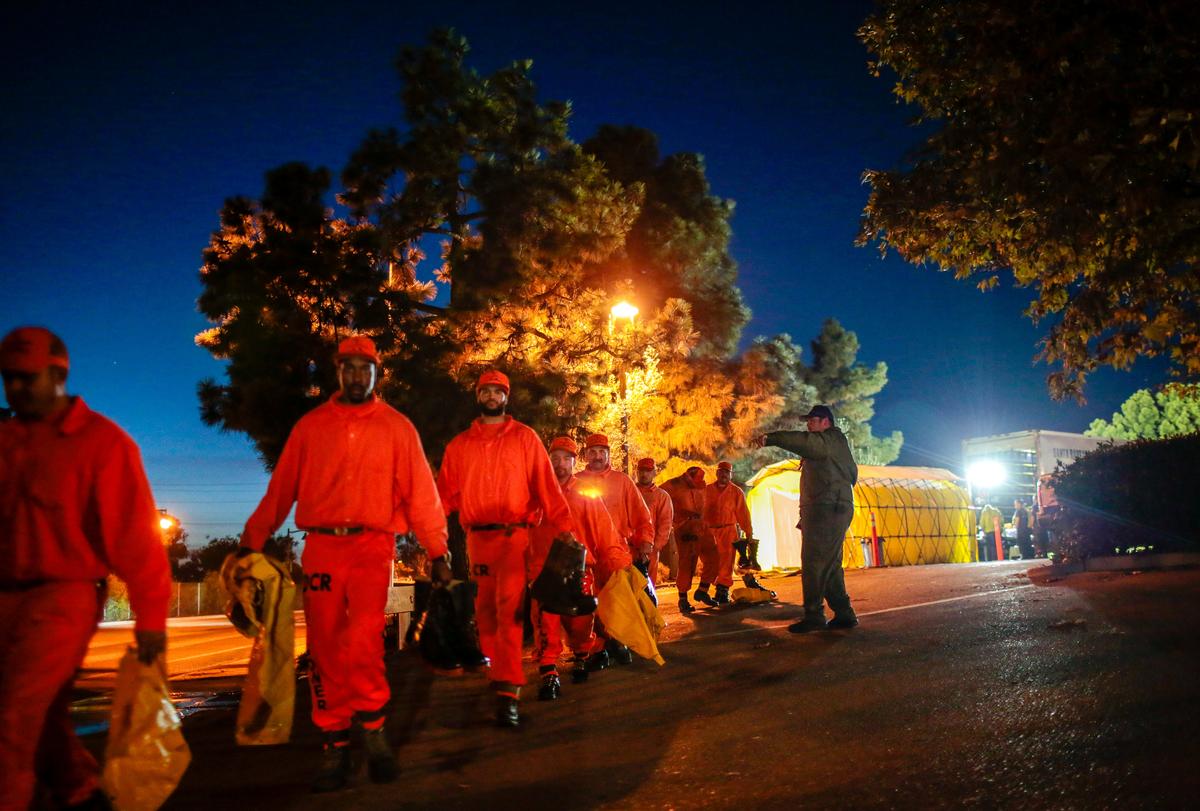 MONTECITO, Calif. (Reuters) – Emergency officials in southern California said on Friday they were looking for five people missing and feared dead or trapped by deadly mudslides and have expanded the search area.

At least 17 people have died and officials warned that finding more survivors in the thick brown mud was becoming unlikely.

The new figure of five missing compared with the 43 people listed last night as unaccounted for by the Santa Barbara Sheriff’s Office, according to a spokesman for the office, who declined to elaborate on the reason for the sharply lower number.

Officials say estimates of missing people can fluctuate dramatically in the days after a natural disaster as people call in reports of missing loved ones, some of whom may not have been in the area when the disaster struck.

Triggered by heavy rains, the massive slides struck before dawn on Tuesday. Walls of mud and debris cascaded down hillsides that were that were stripped bare of trees and shrubs last month by wildfires, including the Thomas Fire, the largest blaze in the state’s history.

“Realistically we suspect we are going to have the discovery of more people killed in this incident,” Santa Barbara County Sheriff Bill Brown said at a Thursday news briefing, adding that he was hoping to find “miracle” survivors.

County officials ordered residents in most of the southeastern corner of Montecito, an unincorporated community east of the city of Santa Barbara, to leave their homes for what they said was likely to be one or two weeks to aid the search and recovery efforts.

“We need people out, because they’re really hampering our efforts for not only the rescue, but for the cleanup,” said Santa Barbara County Fire Department spokeswoman Amber Anderson said on Friday.

In one of the worst-hit areas of Montecito, mud blew through doors and windows, filling the interiors of houses with muck and debris. The walls at one end of a home had completely disappeared, leaving its roof hanging precariously.

Downed power lines wrapped around trees at one property, while elsewhere the lines dropped almost to the ground. Elsewhere, cars were perched on mounds of earth and garage doors had caved in. Tree trunks and branches were strewn everywhere and boulders littered front yards.

The area, northwest of Los Angeles, is home to many celebrities and other wealthy Californians, who relish the sense of seclusion and relative proximity to the city.

The cause of death for all 17 victims will be listed as multiple traumatic injuries resulting from flash floods with mudslides, the Santa Barbara Sheriff’s office said Thursday. The dead ranged in age from 3 to 89.

Rescue workers in helicopters and high-wheeled military vehicles, some with search dogs, were deployed in the hunt for the missing.

The Federal Emergency Management Agency granted a request on Thursday by Governor Jerry Brown for expanded financial aid that was first allocated for the Thomas Fire, the governor’s office said.

Residents of the mudslide-hit area were assessing their damaged homes, with some grateful that their properties survived.

“We have a yard to redo and hopefully our insurance will help out with that, but the people across from me, newer homes, gone,” said Garrett Speirs, a 54-year-old artist who has been living in Montecito for 20 years.

“Everybody down below gone, two girls gone,” Speirs said. “Two sixth graders in the school our kids went to.”