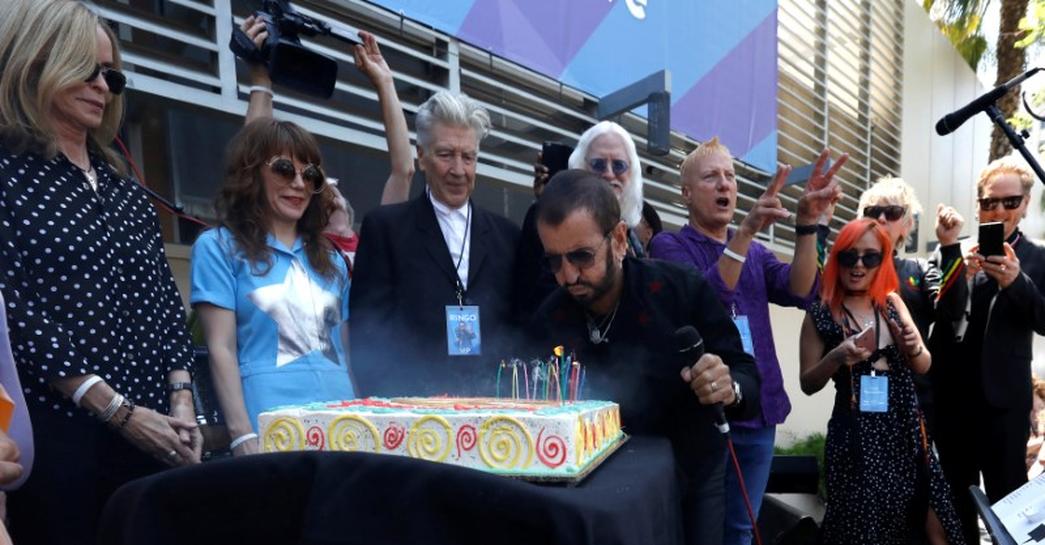 Starr’s 19th solo album “Give More Love” will be released on Sept. 15 and will include McCartney on two tracks – “We’re on the Road Again” and “Show Me the Way,” which is dedicated to Starr’s wife, Barbara Bach.

“We are still mates,” Starr told Reuters of his former bandmate. “He’s out on the road, he’s got his own life. I’m out on the road a lot making records and he was in town so I called him and I said, ‘I’ve got this track for you to play on.'”

Starr called McCartney “the most melodic bass player in the world.”

“I love the way he plays,” he said.Starr holds his birthday celebrations in public every year, raising awareness of his peace-and-love message. On Friday he led a crowd gathered on the sunny, hot streets of Hollywood in a “peace and love” chant, joined on stage by guests including guitarist Joe Walsh, who is a member of Starr’s band and also his brother-in-law, as well as “Twin Peaks” director David Lynch.

“There is a lot of trouble in the world, a lot of violence in the world and a lot of starvation and a lot of people without water,” Starr said. “I’m a big supporter of Water Aid because everyone should at least have water … It’s not all bombs and guns.”

Starr and McCartney made musical history as members of seminal 1960s English band the Beatles, along with the late George Harrison and John Lennon. The “Fab Four” led the British invasion into U.S. pop music and became one of the most successful bands in the world.

All four Beatles have been inducted into the Rock and Roll Hall of Fame both as part of the band and as solo artists.