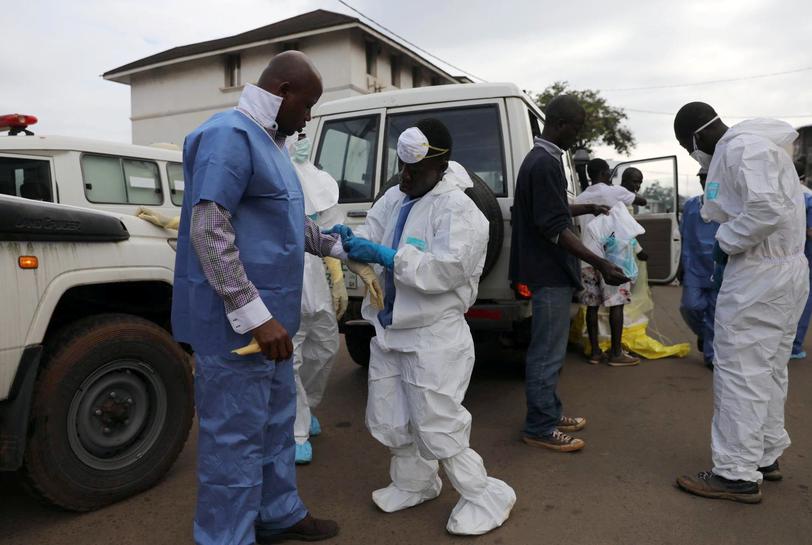 FREETOWN, Aug 16 (Reuters) – Hundreds of Freetown residents queued on Wednesday to identify relatives killed in a mudslide on the edge of the Sierra Leone capital, as aid workers warned of an impending health crisis caused by nearly 400 corpses.

Dozens of houses were buried when a mountainside collapsed in the town of Regent on Monday morning – one of the deadliest natural disasters in Africa in recent years.

Emergency response teams have raced to dig out survivors and dispose of bodies but the central morgue is overwhelmed, and many bodies are still feared trapped under mud and rubble.

Sobbing and covering their noses from the stench, relatives stepped around corpses lying on the ground outside the morgue as the sheets covering them were lifted one by one.

“I have lost my loved ones. I came to identify my uncle in particular, but I couldn’t find him,” said 30-year-old Hawanatu Sesay, after her turn came to look through the morgue.

“Let his soul rest in peace,” she said through tears.

Another man said he had identified his wife’s body but had no news of his two young daughters. All had been trapped and buried when their house was engulfed in mud, he said.

Men wearing protective suits carry a coffin at the Connaught Hospital, Sierra Leone August 15, 2017 in this still image taken from a video. via Reuters TV

Chief coroner Seneh Dumbuya told Reuters on Tuesday that nearly 400 bodies had been brought in and that he anticipated more than 500 as the search continued. Authorities did not have an updated death toll on Wednesday.

The government summoned families to the morgue in a statement, and said all unidentified corpses would be buried on Thursday and Friday.

The country of 6 million people is one of the poorest in the world and was ravaged by West Africa’s 2014-16 Ebola outbreak, which killed 4,000 people in the former British colony.

Aid workers said after the latest disaster there is a high risk of disease outbreaks such as cholera, as corpses are lying in the open, in stifling heat, and possibly leaking fluids into waterways.

Authorities have requested air conditioning units to keep the bodies cool but are in need of more protective gear such as masks, aprons, and glove disposal stations, said Idalia Amaya, an emergency relief coordinator for Catholic Relief Services.

“The morgues are just overflowing with corpses and it is becoming a public health emergency,” Amaya said.

“They need to get the bodies out.”