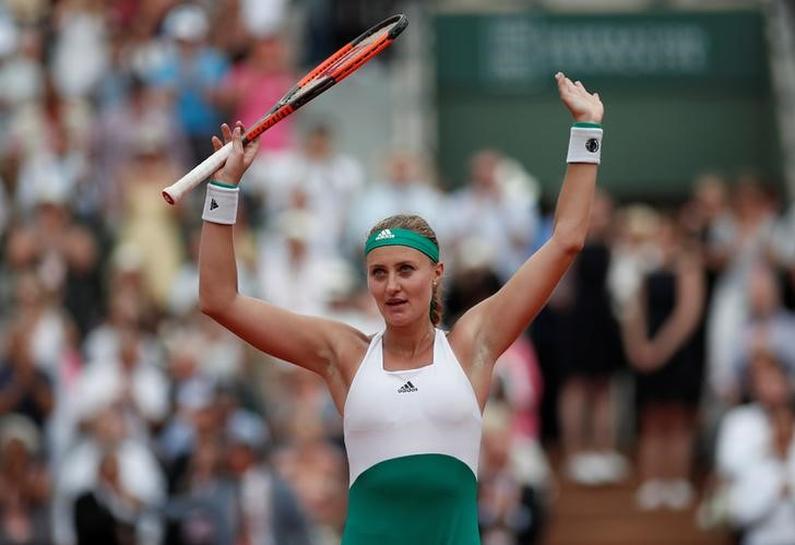 PARIS Roland Garros will be holding its breath when new darling Kristina Mladenovic takes on defending champion Garbine Muguruza in a mouth watering French Open fourth round clash on Sunday.

“Turning the arena upside down,” read the headline alongside a picture of ‘Kiki’ on the front page of the official program on sale to the thousands of fans queuing to enter the stadium under sunny skies at Porte d’Auteuil.

Rain forced organizers to cancel or interrupt several matches on Saturday, including the all-French third round clash between Gael Monfils and Richard Gasquet and Kei Nishikori’s tricky tie against South Korea’s Chung Hyeon.

Other third round matches to be played on Sunday include Elina Svitolina, who was one of the pre-tournament favorites, taking on Poland’s Magda Linette.