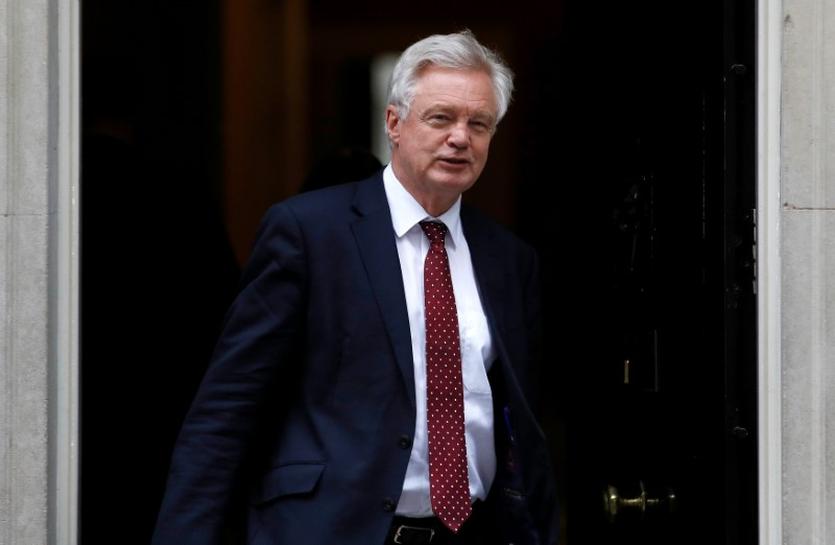 BRUSSELS (Reuters) – Brexit Secretary David Davis launches a first round of negotiations on Britain’s withdrawal from the European Union on Monday when he meets the EU’s Michel Barnier for four days of talks between their teams in Brussels.

A month after a first meeting where the two exchanged gifts inspired by a shared passion for hillwalking and spoke of the mountain of complexity they must climb, the Frenchman will press Davis to agree to Britain covering substantial British financial commitments and offer more detail on other British proposals.

With little more than a year to settle divorce terms before Britain leaves, deal or no deal, on March 30, 2019, the 27 other EU national leaders want British Prime Minister Theresa May to rally her divided nation swiftly behind a clear, detailed plan that can minimise economic and social disruption across Europe as its second biggest economy cuts loose from the continent.

Davis and Barnier will shake hands for the cameras at the European Commission’s Berlaymont headquarters at 9:15 a.m. (0715 GMT) before a first full session of talks.

“We made a good start last month, and this week we’ll be getting into the real substance,” Davis said in remarks prepared for delivery ahead of the meeting. “Protecting the rights of all our citizens is the priority for me going into this round and I’m clear that it’s something we must make real progress on.”

His office described an offer made by Britain last month as “fair and serious”, though Barnier has dismissed it as falling short of the EU demand that its 3 million citizens in Britain keep all their existing rights for life and have recourse to the EU courts to enforce those rights even after Britain has left.

Negotiators will break into groups discussing four key areas of priorities before a planned news conference on Thursday.

Barnier, who secured Davis’s consent last month to the EU’s broad structure for talks, wants to hold the Englishman publicly to whatever else has been agreed during the week, EU officials say.

Working groups will focus on three areas: citizens’ rights; the EU demand that Britain pays some 60 billion euros ($70 billion) to cover ongoing EU budget commitments; and other loose ends, such as what happens to British goods in EU shops on Brexit Day.

A fourth set of talks, run by Davis and Barnier’s deputies Oliver Robbins and Sabine Weyand, will focus on curbing problems in Northern Ireland once a new EU land border separates the British province from EU member Ireland to the south. Some of that will have to wait for clarity on future trade relations.

One key early advance that EU officials hope for this week is for Britain to stop challenging the principle it will owe Brussels money — though how much will have to be argued over and cannot be calculated until Britain actually leaves.

Three more weeks of talks, interspersed with internal EU sessions to coordinate the views of the 27 other governments, are scheduled, from late August until early October. At that point, Barnier hopes to be able to show “significant progress” on the divorce priorities for EU leaders to give him a mandate to launch negotiations on a future free trade agreement.

Davis and May had pressed over the past months for trade talks to start immediately but accepted the EU’s sequence for negotiations last month. However, Brussels accepts that details on the divorce terms will still be open when trade talks begin.

In a sign British ministers are coming round to the EU view that a trade deal can at best be sketched in outline over the next 20 months, two members of May’s cabinet who were on opposing sides of the Brexit referendum debate both said they expected some transitional phase to start in 2019 to smoothe the passage from full EU membership to a final free trade pact.