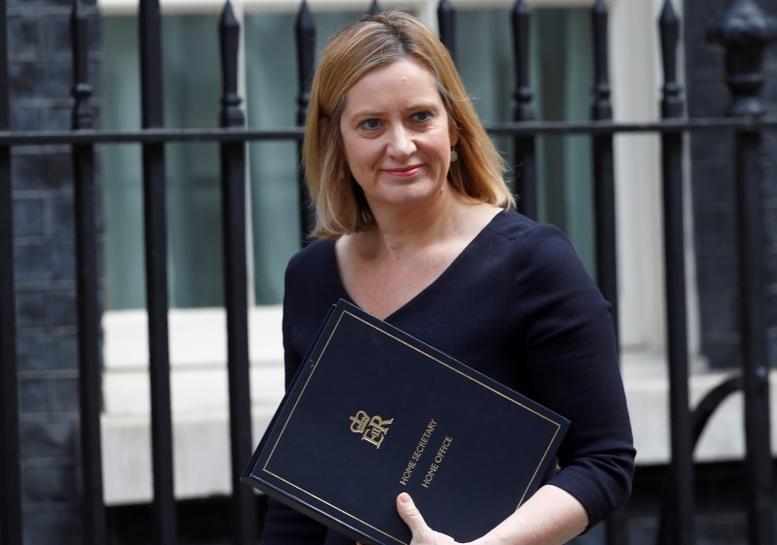 LONDON (Reuters) – Britain’s home secretary travels to Silicon Valley this week to ask social media companies such as YouTube to step up efforts to counter or remove content that incites militants, a source with knowledge of the visit said.

After four militant attacks in Britain which killed 36 people this year, senior ministers have repeatedly demanded that the world’s biggest internet companies do more to suppress extremist content and allow access to encrypted communications.

Prime Minister Theresa May, a former home secretary, has consistently urged social media firms to take a tougher stance on extremism and after a deadly attack on London Bridge last month she even proposed trying to regulate cyberspace.

Home Secretary Amber Rudd will travel to the United States to meet senior executives of social media and internet service providers to discuss “tackling terrorist content available online,” according to a person familiar with her plans.

Another source familiar with Rudd’s trip said she had scheduled a meeting with representatives of YouTube, Alphabet Inc’s video sharing platform.

Rudd is planning to attend a meeting of the Global Internet Forum to Counter Terrorism, a working group which leading internet companies themselves set up to combine their efforts to remove terrorist content from their platforms.

The companies said the overall objective of the forum would be to “help us continue to make our hosted consumer services hostile to terrorists and violent extremists.”

Social media and internet giants say they want to help governments remove extremist or criminal material but that they also have to balance the demands of state security with the freedoms enshrined in democratic societies.

The companies have pushed back against demands from some governments to allow security services access to end-to-end encrypted messages.