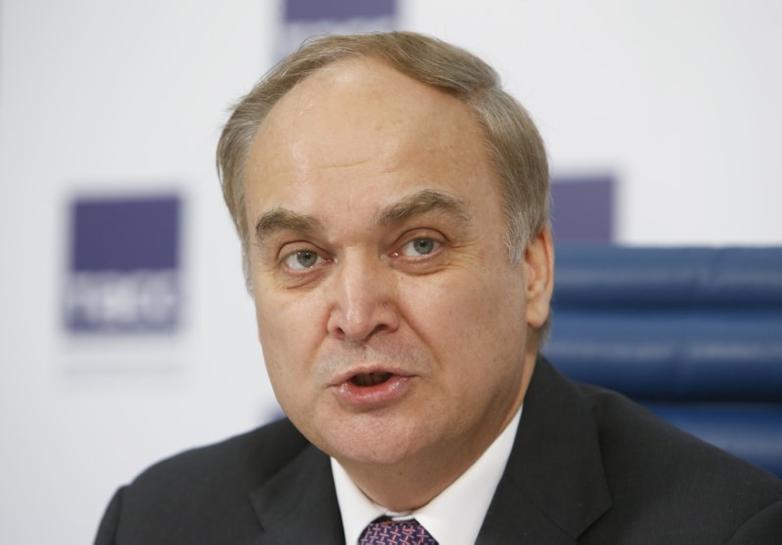 MOSCOW (Reuters) – Russia’s next ambassador to Washington will be Anatoly Antonov, a former defense official who is subject to European sanctions over his role in the conflict in Ukraine, the Kremlin announced on Monday.

Antonov takes over from Sergei Kislyak, whose contacts with members of President Donald Trump’s campaign team made him a central figure in the row over Russian influence over the U.S. presidential election.

The incoming ambassador, 62, is a diplomat by training and is currently a deputy foreign minister. Between 2011 and 2016, he served as deputy defense minister, a period which coincided with Moscow’s annexation of Ukraine’s Crimea peninsula.

The European Union added him two years ago to its list of officials who are subject to Ukraine-related sanctions, citing his involvement in supporting the deployment of Russian troops to Ukraine.

Since becoming deputy foreign minister last year, Antonov has acted as a liaison between the foreign ministry and the military. The armed forces have growing influence over foreign policy, especially since Moscow launched its military operation in Syria.

A person who has dealt with Antonov said that he was a tough, military-style man.

The name of outgoing ambassador Kislyak has emerged in relation to several of Trump’s associates as a special counsel and congressional panels investigate Russian meddling and possible ties with the Trump campaign.

U.S. Attorney General Jeff Sessions recused himself in March from matters connected to an investigation by the FBI following his admission he had talked to the Russian envoy.

Michael Flynn, a former White House national security adviser, was forced to resign in February after it became known he had failed to disclose the content of conversations he had with Kislyak and had misled the vice president about their meetings.

Jared Kushner, a White House advisor and Trump’s son-in-law, met Kislyak on two occasions in 2016, the White House has disclosed. Kushner also had phone calls with Kislyak between April and November 2016, Reuters reported.

Moscow has denied any interference, and Trump has said his campaign did not collude with Russia.