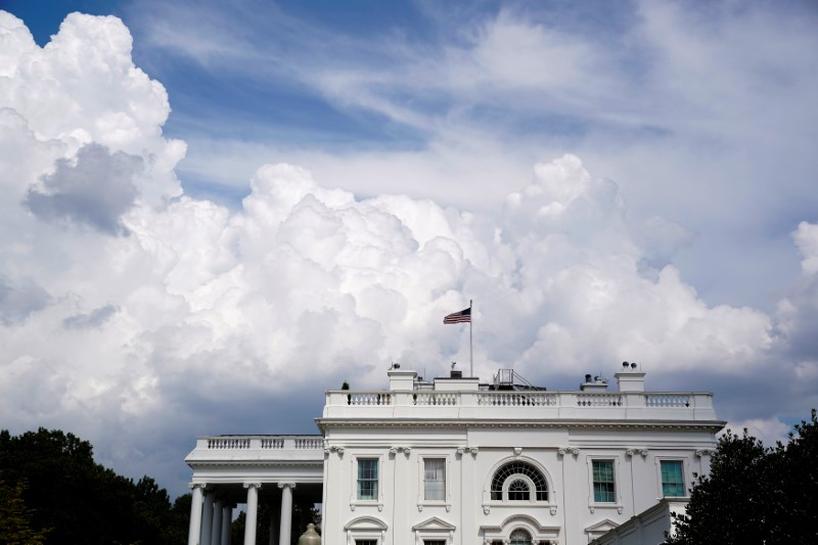 MOSCOW (Reuters) – The soap opera of White House personnel changes, intrigue and investigations has alarmed a part of the American public and shocked some foreign governments, yet Russian officials have found their own way of responding.

Russia’s elite celebrated when Donald Trump was elected president because it expected a thaw in relations, but expectations since then have plummeted so far that in Moscow, signs of dysfunction in the administration barely register.

“Nobody pays any attention any more, or expects any improvements,” said a person close to the Russian government, who spoke on condition of anonymity because he is not authorized to discuss foreign policy issues.

Employing a folk saying to describe how the turbulence inside the White House is viewed in Moscow’s official circles, the source said: “The dog barks, and the caravan moves on.”

Russia, more than many other countries, has a vested interest in an effective U.S. presidential administration that can deliver on Trump’s campaign promises. Those included a push to restore friendly relations with Russia and to review the economic sanctions that cause pain for Moscow.

That was why, when Trump’s election victory was announced in the lower house of Russia’s parliament, the lawmakers broke into spontaneous applause.

Since then though, Trump’s Russia agenda has been bogged down in allegations that Moscow helped him get elected, and a backlash from Congress that resulted last week in the United States imposing a new set of sanctions on Moscow.

At the same time, Trump’s administration has been in a state of flux: he fired first his national security advisor, then the head of the FBI, then in quick succession his press secretary, his chief of staff and his director of communications.

Russian officials trying to interact with the U.S. administration on mundane organizational issues say privately the turbulence in the White House causes them headaches because they don’t know who to talk to, or can wait weeks for answers to their questions.

Trump’s shoot-from-the-hip management style is anathema to the Russian way of running an administration under President Vladimir Putin. He has had the same press secretary for the past nine years and his de facto director of communications has worked for him since he became president 17 years ago.

Still, Russian officials and people close to them – who all spoke on condition of anonymity because of the sensitivity of the subject – say that half a year into the Trump presidency, they now see events in Washington as more of an exotic sideshow than an existential threat.

“It seems to me that no one in Moscow is particularly interested in the personnel changes in Washington any more,” said a former senior official who is familiar with Kremlin thinking.

The reason, he said, is that whoever Trump brings into his White House is unlikely to change the course of U.S.-Russian relations.

Those relations, in the view of Moscow, are being dictated by factors beyond Trump’s control.

Russian officials believe the Washington establishment, exploiting the allegations of collusion between Moscow and Trump associates, has stymied the U.S. president from enacting his agenda of improving ties with Russia any time soon.

One senior Russian official described Trump’s position on Russia as both sad and, in a way, funny.

Speaking before the U.S. and Russian leaders met at a summit last month, the official said Trump had spoken in positive terms about Putin, but even though Trump leads the world’s most powerful nation, his hands were tied by the people around him.

The Kremlin does not express its exasperation with the Trump White House in public. Putin has tried to establish a personal rapport with Trump, and, according to analysts, wants to preserve that in case it becomes useful later.

After Trump last week signed congressional legislation imposing new sanctions on Russia, despite having himself criticized it, Putin said nothing.

His spokesman, Dmitry Peskov, said diplomatically: “We note a certain contradiction in the statements coming out of the White House.”

Russian state television, which routinely heaps scorn on any sign of disarray in the United States, only gave a cursory mention to the firing, within a four-day period, of Trump’s chief of staff Reince Priebus and director of communications Anthony Scaramucci.

A person close to an influential Russian ministry who often attends government meetings said he barely paid any attention to the fact U.S.-Russian ties were not warming.

“I never had any illusions,” said the person. “Their president is a jester, a puppet. Other people determine the policies.”