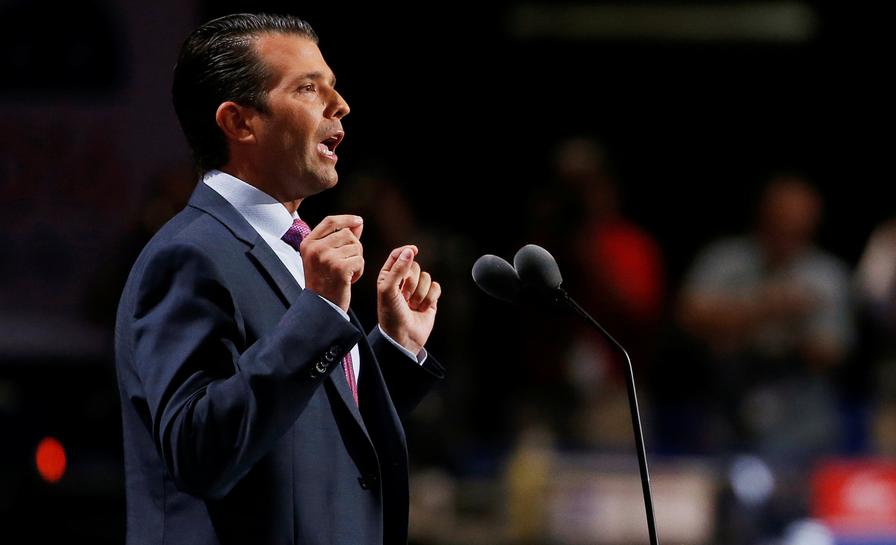 (Reuters) – A lobbyist who was once a Soviet counter-intelligence officer participated last year in a meeting with senior aides to U.S. President Donald Trump, including his son, and a Russian lawyer, NBC News reported on Friday, adding to allegations of possible connections between Moscow and the November election.

NBC News, which did not identify the Russian-American lobbyist, said some U.S. officials suspected him of still having ties to Russian intelligence, something he denied to the network.

The Associated Press said the lobbyist, whom it identified as Rinat Akhmetshin, confirmed that he had attended the June 2016 meeting in New York’s Trump Tower.

A source familiar with the participants of the meeting confirmed to Reuters that Akhmetshin was in the room.

The meeting appears to be the most tangible evidence of a connection between Trump’s election campaign and Russia, a subject that has prompted investigations by congressional committees and a federal special counsel.

Trump’s son-in-law, Jared Kushner, and former campaign adviser Paul Manafort were also at the meeting, which Donald Trump Jr. agreed to attend because he believed he could get damaging information about Democratic presidential candidate Hillary Clinton.

Trump Jr., the president’s eldest son, did not mention Akhmetshin’s presence when he released a series of emails about the meeting earlier this week.

Representative Adam Schiff, the top Democrat on the House of Representatives Intelligence Committee, said the report about Akhmetshin “if accurate, adds another deeply disturbing fact about this secret meeting.”

Akhmetshin was not available for comment on Friday. There was no answer at the door of his house in Washington.

The White House had no immediate comment about the NBC News report of a Russian-American lobbyist at the meeting.

Kushner’s spokesman did not immediately respond to a request for comment and Manafort’s spokesman Jason Maloni said Manafort had no comment on the meeting.

A former Trump campaign adviser, Michael Caputo, told reporters after he testified to the House Intelligence Committee in closed session on Friday that he had no contact with Russians and never heard of anyone in the campaign “talking with Russians.”

Accusations by U.S. intelligence agencies that Moscow meddled in the election and colluded with the Trump campaign have dominated the Republican president’s first months in office. Russia denies the allegations, and Trump says there was no collusion.

Akhmetshin has been accused in federal and state courts in the United States of engaging in hacking conspiracies, although the allegations were later withdrawn, according to court records.

In 2015, lawyers for the Russian mining company International Mineral Resources claimed in the U.S. District Court of the District of Columbia that Akhmetshin helped organize the hack, theft and dissemination of private documents.

That case was dropped. The same company filed a lawsuit against Akhmetshin in the New York Supreme Court but withdrew it last year.

U.S. Senate Judiciary Committee Chairman Chuck Grassley described Akhmetshin in a letter to the Justice Department in March as “a former member of the Russian military intelligence services (GRU)” who was working to overturn the 2012 “Magnitsky Act” of Congress, which blacklists Russians for human rights abuses.

The Kremlin has often complained about the act.

Congressional records show that Akhmetshin lobbied Congress last year for the Human Rights Accountability Global Initiative Foundation, a Washington-based advocacy group that says it is working to lift laws that prevent U.S. residents from adopting Russian children. Those laws were put in place by Moscow in response to the Magnitsky Act.

Trump told Reuters on Wednesday that he did not know about his son’s meeting last year until recently. But in a conversation with reporters later that day, Trump said: “In fact, maybe (the meeting) was mentioned at some point,” adding he was not told it was about Clinton.

Trump Jr.’s lawyer, Alan Futerfas, said he had talked with a person who came to the meeting between Russian lawyer Natalia Veselnitskaya and Trump aides.

“He told me specifically he was not working for the Russian government, and in fact laughed when I asked him that question,” Futerfas told NBC News. It was not immediately clear if the person he referred to was Akhmetshin.

The lawyer said Trump Jr. knew nothing about the man’s background at the time of the meeting.

She said she shared information about a U.S.-born fund manager who lobbied for passage of the Magnitsky Act with the Russian prosecutor general’s office, including with Prosecutor General Yuri Chaika, a top official appointed by the Kremlin, the Journal said.