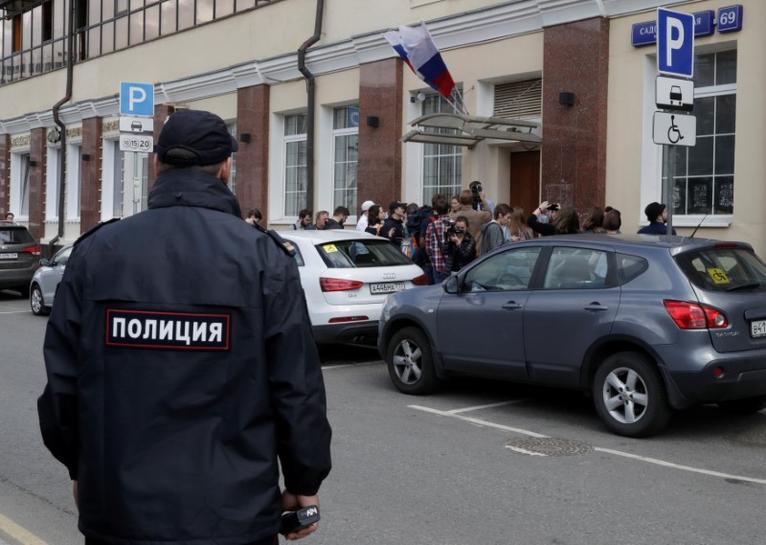 Navalny, who has organized two big anti-government street protests in recent months, is currently serving out a 25-day jail term for repeatedly violating the law on organizing public meetings. He is due out on Friday.

Navalny says he wants to run for the presidency in March next year, but the Central Election Commission has said he is ineligible due to an embezzlement conviction which Navalny says was politically-motivated.

His supporters are planning a series of campaign events for Saturday, including the distribution of some 5 million copies of the first edition of his pre-election newspaper.

Leonid Volkov, a Navalny ally, said the authorities were raiding election offices in other Russian towns and cities on Thursday too, systematically confiscating campaign literature.

He said Navalny’s supporters would not cancel their campaign events in Moscow and elsewhere in Russia on Saturday.

A police officer standing outside Navalny’s raided campaign headquarters said he and his colleagues had entered the premises in connection with a dispute regarding the terms of the building’s lease.