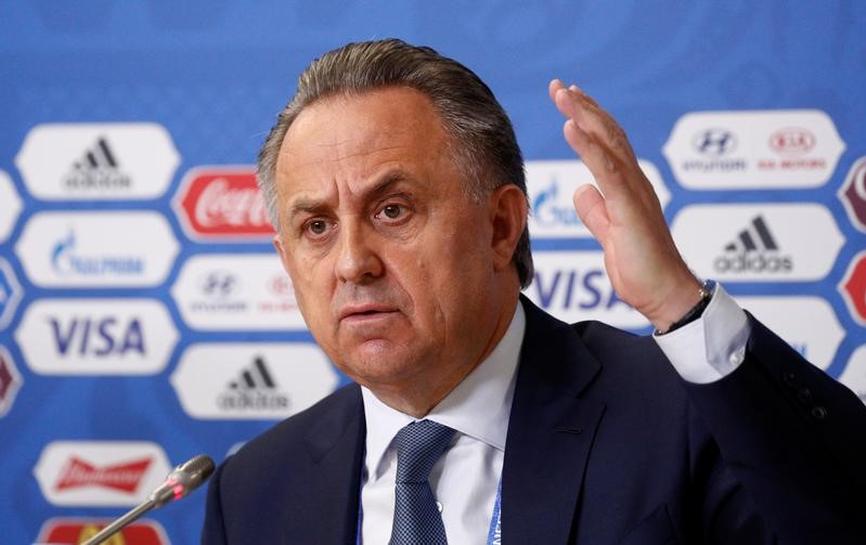 ST PETERSBURG Russian Deputy Prime Minister Vitaly Mutko reacted angrily to a question about doping on Saturday and sarcastically offered to perform a Russian dance if the media stopped asking him about the topic.

A report by Canadian sports lawyer Richard McLaren last year said more than 1,000 Russian athletes competing in summer, winter and paralympic sport were involved in or benefited from an institutional conspiracy to conceal positive doping tests.

The report, commissioned by the World Anti-Doping Agency (WADA), said that soccer was among more than 30 sports involved.

The scheme included switching and changing samples by opening “tamper-proof” bottles — using a method devised by the Russian secret service — and numerous other methods to bypass and cover up drugs tests.

“If I perform a Russia dance here in front of you, will you stop asking?” he said, speaking through a translator.

“I don’t know how to react to this,” added Mutko, whose country will host next year’s World Cup. “We are investing a lot of money into sports and we don’t need doping to win a bronze medal that doesn’t mean much.

“We have never been supporting people who are using doping.”

FIFA has said that it was still investigating the allegation that footballers were among the 1,000-plus athletes mentioned in the McLaren report.

Infantino said he did not know how long this would take, adding that there were “a few facts, the rest is all speculation”.

Infantino said that all Russian players at the last World Cup were tested by FIFA and that the results were negative.

He added that the same applied to last year’s Euro 2016 tournament in France, where European body UEFA conducted the tests, and to international club competitions.

“These tests are not done in Russia,” he said. “It’s all done outside Russia in WADA-accredited laboratories and they have given negative results.

“These are the facts that need to be remembered. We have all seen the different reports, we are collecting information and if there have been any anti-doping violations, measures will be taken.

Chile will face Germany in the Confederations Cup final in St Petersburg on Sunday.

Philippine health workers bring COVID-19 vaccines to people unable to leave their house
China app giant Meituan tumbles after CEO’s poetic swipe at officials
Commentary: Najib Razak’s fine and a tale of double standards in Malaysia
Singapore’s next Prime Minister must be someone who can bring the team together, says PM Lee
This humble oyster omelette stall in JB is thriving despite COVID-19