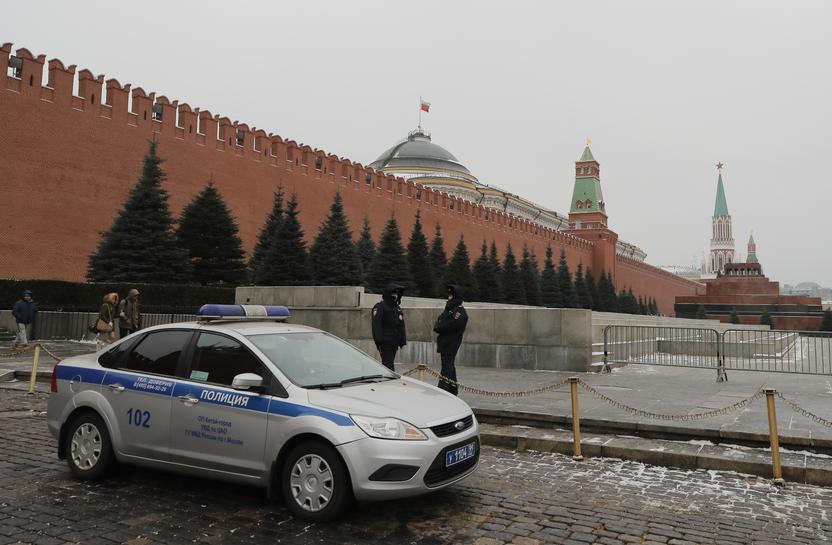 MOSCOW (Reuters) – Russian lawmakers are to discuss a proposal to bar representatives of U.S. media organizations from accessing the lower house of parliament, RIA news agency quoted the chair of one of the chamber’s committees as saying.

Policemen stand guard in Red Square near the Kremlin wall before the events, dedicated to the upcoming Final Draw of the 2018 FIFA World Cup Russia, in Moscow, Russia November 29, 2017. REUTERS/Maxim Shemetov

Olga Savastyanova, who chairs the chamber’s rules and regulations committee, said her committee would consider a resolution containing the proposal next Monday. It would be put forward for approval of the chamber, known as the State Duma, on Tuesday or Wednesday, according to RIA.

“It’s a ban on journalists who represent American media, all American media, visiting the State Duma,” RIA quoted Savastyanova as saying. She represents the ruling United Russia party, which holds a majority of the seats in the chamber.

U.S. authorities have designated Kremlin-funded broadcaster RT as a “foreign agent,” after intelligence officials alleged it tried to meddle in the U.S. presidential election last year. RT denies that.

The Kremlin has pledged to retaliate in kind. At the weekend, Russian President Vladimir Putin signed a law allowing the Russian authorities to designate some foreign media as “foreign agents.”

The move to deny U.S. journalists access to the State Duma was a response to a similar move in Washington, RIA quoted Savastyanova as saying.

RT on Wednesday night published a letter from the Executive Committee of the Congressional Radio And Television Correspondents Gallery saying the channel’s Congressional press credentials had been withdrawn due to its registration as a foreign agent in the United States.

That means RT’s reporters will not be able to have as much access to Congress as other foreign media.