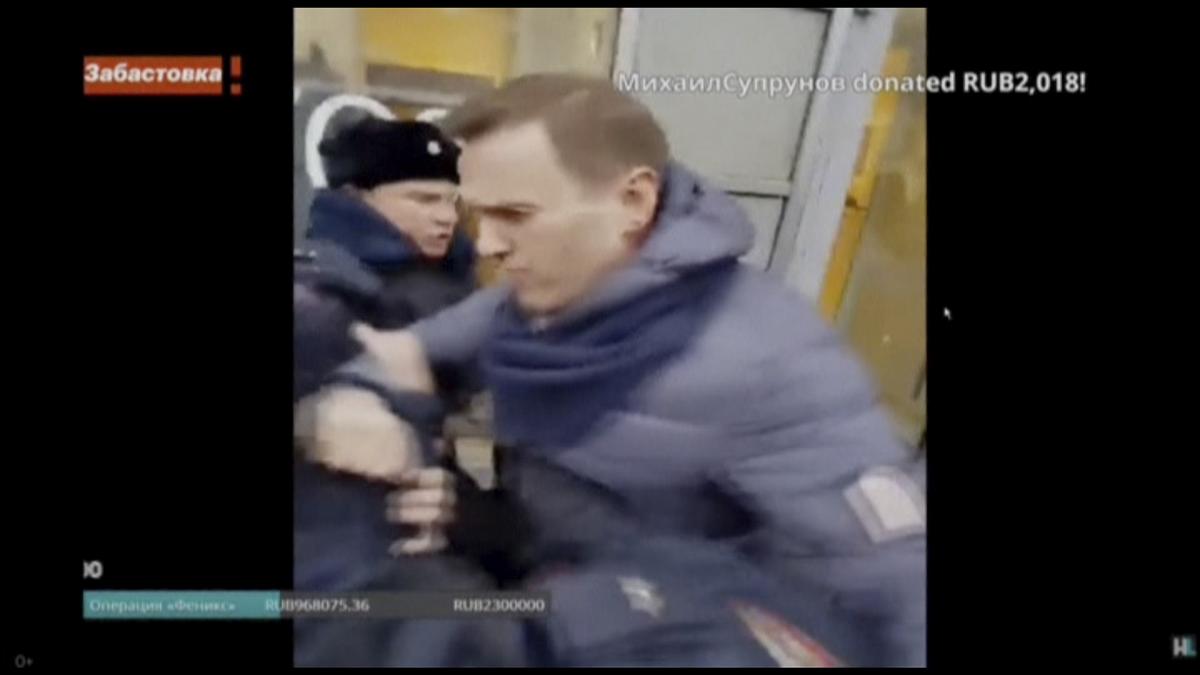 MOSCOW/YEKATERINBURG (Reuters) – Russian police wrestled opposition leader Alexei Navalny into a patrol wagon on Sunday, moments after he appeared at a rally to urge voters to boycott what he said would be a rigged presidential election in March.

Video footage posted on social media showed Navalny appear on Moscow’s main thoroughfare, a few hundred meters (yards) from the Kremlin, to join several hundred supporters taking part in the protest, which the authorities had said was illegal.

He had only walked a short distance when he was surrounded by helmet-clad police officers. They wrestled him to the ground on the pavement, and then dragged him feet first into the patrol wagon, the video footage showed.

Navalny’s personal Twitter feed carried a post to his followers saying he had been arrested. “That does not matter. Come to Tverskaya. You’re not coming out for me, but for your future,” the post said.

Navalny has been barred from running in the March 18 election which polls show incumbent president Vladimir Putin is on track to easily win. Though Navalny says he knows Putin will be re-elected, his boycott campaign is aimed at lowering voter turnout to try to take the shine off a Putin win.

The Kremlin says the election will be fair. They say Navalny and his supporters have minimal support and are irresponsibly trying to foment social anger which could lead to turmoil.

Additional reporting by a Reuters reporter in Vladivostok, Denis Pinchuk, Katya Golubkova and Jack Stubbs in Moscow and Anastasia Teterevleva in Yekaterinburg; Writing by Andrew Osborn; Editing by Catherine Evans