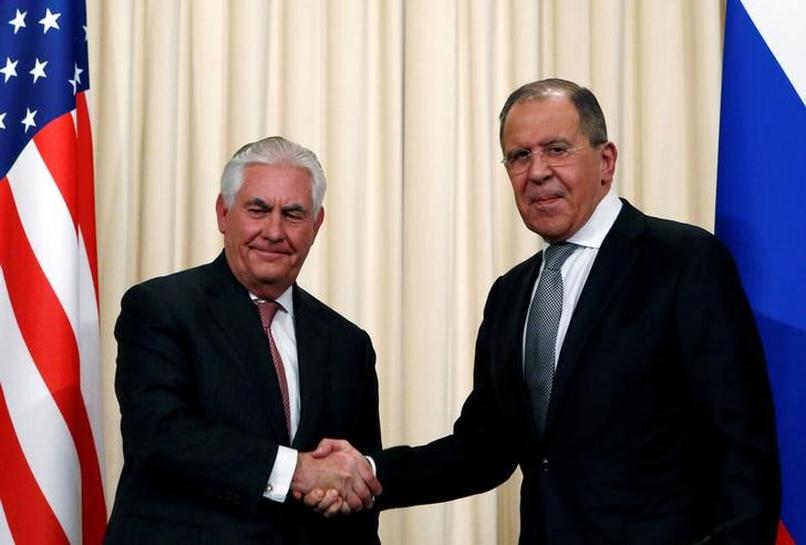 Lavrov, who met U.S. Secretary of State Rex Tillerson on the sidelines of an international gathering in Manila, said the first thing that Tillerson asked about was Russia’s retaliation to new U.S. sanctions against Moscow.

“He was primarily interested … in details of those decisions that we grudgingly made in response to the law on anti-Russian sanctions,” Lavrov said.

The meeting was their first since President Donald Trump reluctantly signed into law the sanctions that Russia said amounted to a full-scale trade war and ended hopes for better ties.

“We provided an explanation,” Lavrov said, referring to Russia’s decision to take over a summer-house compound in Moscow leased by the U.S. embassy and an order to slash U.S. diplomatic presence in Russia.

Lavrov said he also cited President Vladimir Putin who, in an interview to Russian TV last week, explained Moscow’s need to retaliate to the U.S. sanctions over its role in the Ukrainian crisis and recently expanded to punish Russia for meddling in the U.S. presidential election.

Lavrov described his talks with Tillerson as lengthy and said they covered a wide range of topics, from the nuclear issue on the Korean peninsula to coordination plans between Russia and the United States to withstand attacks.

“We felt the readiness of our U.S. colleagues to continue dialogue. I think there’s no alternative to that,” Lavrov said.

The two sides agreed that Russian Deputy Foreign Minister Sergei Ryabkov and Under Secretary Thomas A. Shannon would continue discussing complex issues on the bilateral agenda.

“We would be interested to see what impression the U.S. special envoy has on the current state of affairs,” Lavrov said.

Washington sent Volker to Ukraine last month to assess the situation in the ex-Soviet republic, where a 2015 ceasefire between Kiev’s forces and Russian-backed separatists in the eastern part of the country is regularly violated.

Washington cites the conflict as a key obstacle to improved relations between Russia and the United States.