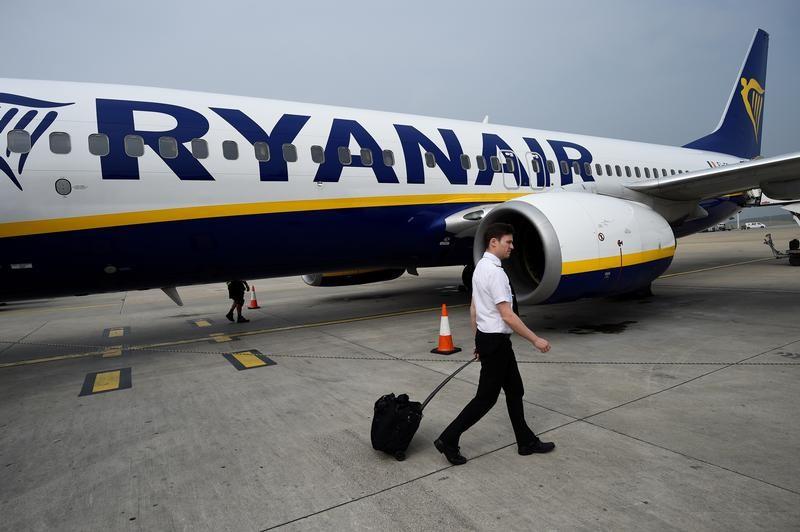 DUBLIN (Reuters) – Ryanair has asked pilots in its home base in Dublin to bypass their trade union and directly accept a pay rise – even as it holds talks with unions across Europe to formalise its shock decision to recognise them.

Europe’s biggest budget airline was forced last year to recognise unions for the first time in its 32-year history in order to avoid a Christmas strike, after it had to cancel 20,000 flights earlier in the year due to a shortage of standby pilots.

It made a breakthrough earlier this week when it secured a formal recognition agreement with British union BALPA, but unions in other countries, including Ireland, have said they are not happy with how the negotiations are proceeding.

Now, in the latest sign of discord, the airline has accused Irish union FORSA/IALPA of misleading pilots.

“Ryanair has written to this 35 percent to allow them to individually accept these pay increases in February … due to IALPA’s refusal to hold a vote that they know they will lose,” Ryanair said in a statement.

“We will not stand idly by while they (FORSA/IALPA) delay and mislead our Dublin pilots,” the statement said.

In a letter to pilots making the offer, Ryanair management said that FORSA/IALPA had not responded since it sent a formal recognition agreement on Jan. 3. The union denies this, saying it has sent letters to management on three occasions since then.

In a letter sent on Wednesday seen by Reuters, FORSA/IALPA told Ryanair that pilots at meetings had unanimously agreed to reject Ryanair’s pay offer unless Ryanair confirmed that the acceptance would not prejudice future pay talks.

The pilots are also demanding that Ryanair agree that FORSA/IALPA be recognised as the exclusive body for collective bargaining with Ryanair pilots based in Ireland and that the airline’s system of agreements with individual bases be terminated, the letter said.

Unions from across Europe last week sent a letter to Ryanair demanding a joint meeting with management, a demand the airline has refused.