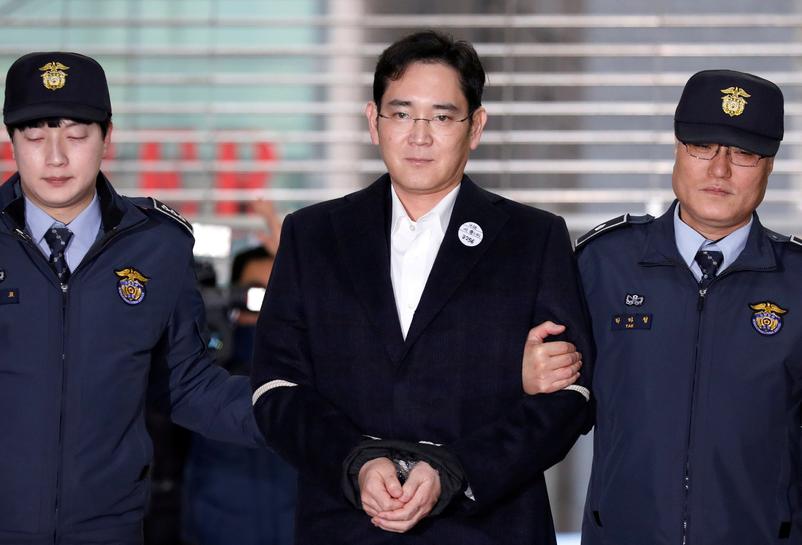 SEOUL (Reuters) – A defense lawyer for Samsung Electronics Vice Chairman Jay Y. Lee has filed an appeal against the five-year jail term he was given for bribery and other charges, the Seoul Central District Court’s website said on Monday.

The website did not give any details about the appeal, which will be assigned to a higher court.

The sentencing of the billionaire scion was a watershed for South Korea’s decades-long economic order, which has been dominated by powerful, family-run conglomerates.

Lee’s lawyer has steered media inquiries to Samsung, whose spokeswoman did not have any immediate comment about the appeal against the sentence handed down on Friday.

Lee, the 49-year-old heir to one of the world’s biggest corporate empires, was detained in February on charges that he bribed then-president Park Geun-hye to help secure control of the conglomerate that owns Samsung Electronics, the world’s leading smartphone and chip maker.

Samsung Group has interests ranging from drugs and home appliances to insurance and hotels.

Under Korean law, Lee can be kept in detention a maximum four months while a court considers his appeal.

On Monday, shares of Samsung Electronics fell more sharply than the wider Korean market. At 0407 GMT, the share was down 1.6 percent, compared with a 0.4 percent drop for the benchmark Kospi index.