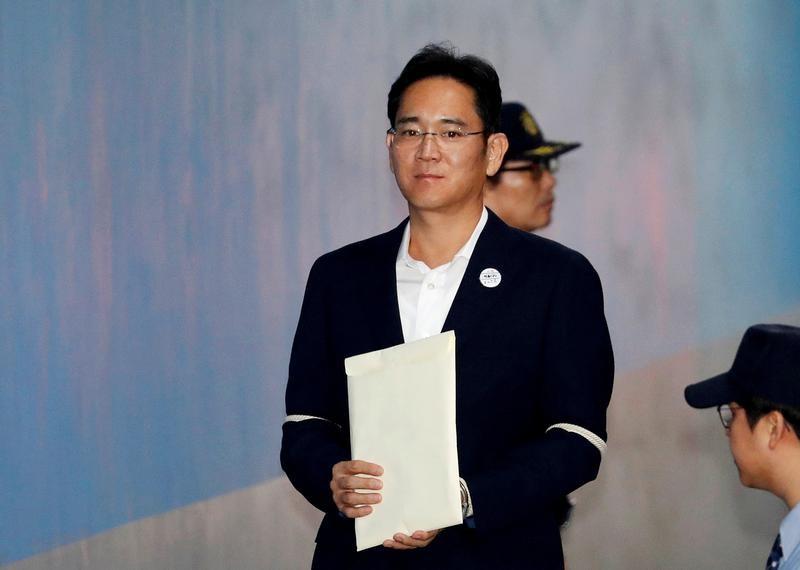 SEOUL (Reuters) – A South Korean appeals court on Monday suspended a jail sentence handed down to Samsung Group heir Jay Y. Lee, setting him free after a year’s detention amid a corruption scandal that brought down the former president.

Seoul High Court jailed Lee for two and a half years, reducing the original term by half, and suspended the sentence for charges including bribery and embezzlement, meaning he does not have to serve time.

Lee, 49, heir to one of the world’s biggest corporate empires, had been detained since last February.

President Park Geun-hye was dismissed in March after being impeached in a case that brought scrutiny to the nature of the ties between South Korea’s chaebols – big family-owned corporate groups – and its political leaders.

Park, who denies wrongdoing, is standing trial accused of bribery, abuse of power and coercion.

A lower court in August convicted Lee for bribing Park for help in strengthening his control of Samsung Electronics, the crown jewel of the country’s largest conglomerate and one of the world’s biggest technology companies, as well as embezzlement and other charges.

The court said Samsung’s financial support for entities backed by a friend of Park‘s, Choi Soon-sil, constituted bribery, including 7.2 billion won ($6.4 million) to sponsor the equestrian career of Choi’s daughter.

Prosecutors and Samsung did not have an immediate comment. Lee, whose face was noticeably worn, did not show any emotion when the ruling was announced.

Prosecutors had sought a 12-year jail term for Lee. The ruling is expected to be appealed again to the Supreme Court, legal experts said.

With the end of his year-long detention, which according to local media he adjusted to with physical workouts and reading books, Lee could continue with his existing roles including director of Samsung Electronics.

However he has been found guilty of some lesser charges and is prohibited from traveling outside South Korea without a judge’s approval, according to law firm Cho & Partners.

The lower court ruling in August had said while Lee never asked for President Park’s help directly, the fact that a 2015 merger of two Samsung affiliates did help cement Lee’s control over Samsung Electronics implied he was asking for the president’s help to strengthen his control of the firm.

His lawyers had strongly challenged this logic and said that the merger was done for business reasons.

Some criminal lawyers had expected Lee to be found innocent of most of the charges, as much of the evidence at the trial has been circumstantial.

But although he was set free from detention by the appeals court, the stigma may stick, lawyers say.

“Public opinion will get riled up and people will keep thinking there was some quid pro quo between Samsung’s Lee and the president,” Lee Jung-jae, a lawyer at law firm Jung said.