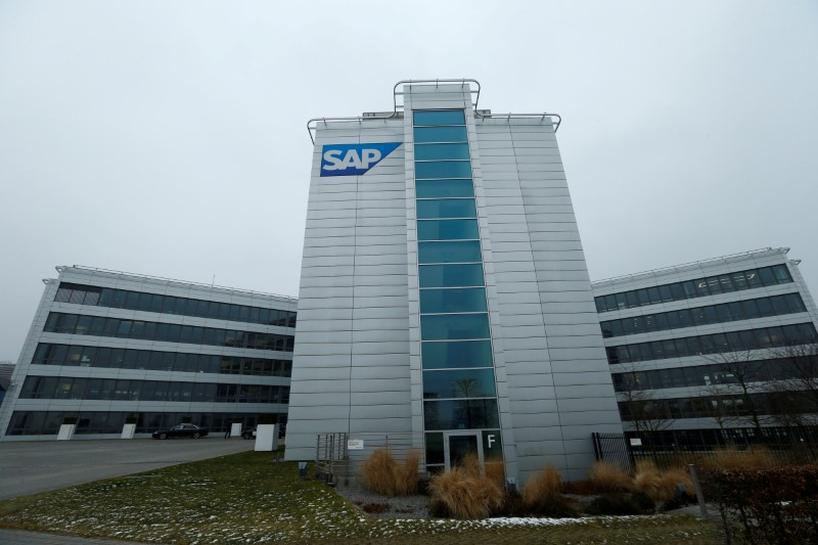 LONDON (Reuters) – SAP (SAPG.DE), Europe’s biggest software maker, said on Thursday it is making sweeping changes to its sales practices around the world after revealing it is the subject of a U.S. corruption probe related to its South African business.

Adaire Fox-Martin, SAP executive board member in charge of global customer operations, told Reuters in an interview on Thursday that an ongoing investigation into sales practices related to South Africa government contracts had led it to take disciplinary actions against three top managers.

South African media reported in July that SAP paid alleged kickbacks in the form of sales commissions to a firm linked to the politically connected Gupta family, who are known to be close friends of President Jacob Zuma. (reut.rs/2tnArLY)

SAP operates in more than 180 countries, selling business planning software that many of the world’s top multinationals rely on. It is a major supplier of corporate compliance software designed to control sales practices.

“We hope that the actions we have taken and our responsiveness… demonstrates how heartfelt this issue is for us (and) how disappointed we are that SAP has been identified with wrongdoing in this way,” Fox-Martin said by phone from South Africa.

“We do strive to be a company that walks the walk and talks the talk,” Fox-Martin said. “We have wholeheartedly and unreservedly apologized for this activity.”

The response comes after SAP was hit last year with a $3.9 million fine by the U.S. Securities and Exchange Commission, which found the firm had failed to maintain sufficient internal controls to prevent a bribery scheme by a former sales executive who won lucrative contracts with the Panamanian government. (reut.rs/2vcPOIp)

Shares of Europe’s biggest tech company by market value were up 0.65 percent at 1200 GMT on Thursday, little changed on the day and just below all-time record highs.

Fox-Martin said a new internal probe by the company had found loopholes in its compliance and due diligence controls on how it conducts sales in South Africa and other countries.

In response, SAP said it had stopped paying sales commissions on all public sector deals in countries such as Brazil, China, India, Italy, Mexico, Russia and South Africa.

The company said its government sales commission ban will apply to any country rated below 50 in Transparency International’s annual Corruption Perceptions Index. There were 122 countries in its 2016 report that had high-risk ratings, although SAP does not necessarily operate in all those countries.

SAP also said it was instituting extensive additional compliance and due diligence controls on the use of third-party sales agents and value-added resellers to win SAP software and services contracts and will conduct stepped-up audits worldwide.

“For SAP, we realize it may put us at a competitive disadvantage in the short-run but we hope in the longer term it will build a good foundation,” Fox-Martin said.

SAP said on Thursday that the U.S. Department of Justice (DOJ) and U.S. Securities and Exchange Commission (SEC) have opened a new investigation of the company under the U.S. Foreign Corrupt Practices Act (FCPA) related to South Africa.

The probe began after SAP’s outside law firm Baker McKenzie informed U.S. authorities in July, shortly after the potential government bribery scheme had come to light in reports by a local investigative reporting group. SAP said it was cooperating with the U.S. investigation.

AmaBhungane, an investigative reporting group, and the Daily Maverick’s Scorpio investigative team reported that the alleged kickbacks were to clinch deals with rail and logistics company Transnet [CGETR.UL] and state utility Eskom.

SAP said the on-going probe by law firm Baker McKenzie had found no evidence of bribes paid to government officials, but had uncovered wrong-doing related to sales commissions paid to Gupta family-related entities to win deals between 2014 and 2016.

The Baker McKenzie probe identified issues tied to two Transnet deals and two Eskom deals worth about 660 million South African rand, on which SAP paid as much as 107 million rand in sales commissions to Gupta-family entities.

SAP said it has canceled two other Eskom contracts reached over the last 12 months that also appeared to involve such payments.

In July, SAP put four senior South African managers on leave pending the outcome of a probe into the accusations.

One of those employees was found to have no involvement in the disputed government-contract sales and will return to work at SAP, the company said.

The AmaBhungane report was based on leaked emails and documents that they say showed how the powerful Gupta family unduly influenced the awarding of government contracts worth hundreds of millions of dollars.

“We are disappointed SAP has let down South Africa: its communities, our employees, the partners we work with in South Africa and, importantly, our customers here,” Fox-Martin said.

The influence-peddling scandal has swept up other multinational companies including management consultant McKinsey & Co.

South Africa’s Standard Bank (SBKJ.J) recently said it was reviewing its ties with SAP and McKinsey due to the scandal. (reut.rs/2hbgVit)